thinking about it makes me sick to my stomach... still.

new memories to block out the old.

Posted by ShariRenee at 3:21 PM No comments: 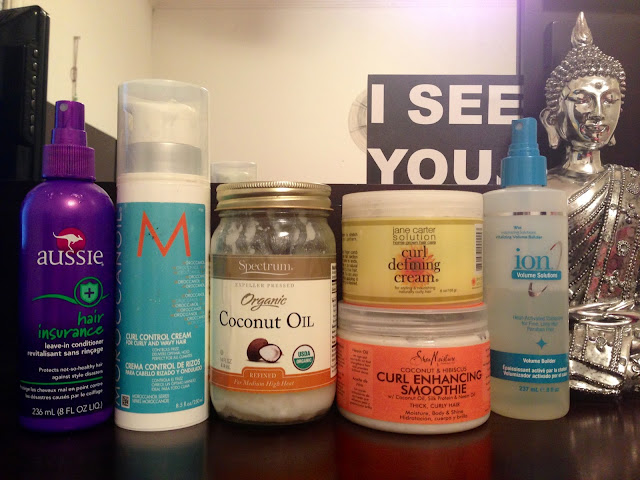 Here are a few of the products that have become my best friends on my natural hair journey.

My go-to leave in conditioner. I use this when my hair is soaking wet, fresh out of the shower.

This is my second favorite product when it comes to defining my curls. It has a light fresh scent that I love.
Organic Coconut Oil 14 oz.

I use this when I want to condition my hair throughout the day. It leaves my hair feeling very soft and moisturized, and the fact that it is organic doesn't hurt.

MY ABSOLUTE FAVORITE PRODUCT EVER. It does exactly as the name reads... defines my curls to perfection. I can't tell you all how many of these tubs I go through. If you're looking for a new product to try... try this.

This is a new product that I've been using for about a month. It's a little heavier than what I'd like, so it's something I would use as a back up to the Curl Defining Cream and Curl Control Cream. I'm not sure if I'd buy it again when this tub runs out. I'd give it 2.5 out of 5 stars.

When it comes to my hair, the bigger the better. This helps on days when I have freshly washed hair and want to try to build volume that I usually can only achieve on the second or third day. I just spray it in at the roots and brush it through. (I brush out the bottom layers of my hair to achieve the biggest fro/ bush possible.)

Posted by ShariRenee at 9:10 AM No comments:

Oh joy, ﻿Mercury is in Retrograde
Feb 23- Mar 17
"Someimes the other planets appear to be traveling backward through the zodiac; this is an illusion. We can this illusion retrograde motion.
Mercury's retrograde periods can cause our plans to go awry. However, this is an excellent time to reflect on the past. Intuition is high during these periods, and coincidences can be extraordinary."

"Mercury is the messenger, and in this time, the delivery is warped or the message gets lost en route. Some people find that their computers go on the fritz or phone lines go down. If you're at all jittery about it, go ahead and back up your important files.

There can be delays, so give yourself plenty of time to get places. What happens in those down times? Mercury retro is known to be a time of 'fated' events -- who will you meet? What will be revealed?

Mercury retrograde gives us time to catch up with ourselves, and reflect. Something from the past returns in a different form. People, ideas or buried insights that are keys to moving forward, float to the surface. Often it's felt as a slowed down, contemplative time, and depending on the sign, a chance to go over old ground again, to claim what you missed the first time.
There's a long-held belief that it's best to avoid making set plans during the Mercury Retrograde. This means holding off on signing contracts, and forming partnerships and alliances. What gets put in writing at this time may turn out to need serious revising after Mercury goes direct. But since tying up loose ends is the domain of retrograde, this type of finalization might fly.
In our relationships, sometimes we gloss over things that pushed buttons at the time, but which we let slide. What seemed not worth the trouble may reveal itself as a major issue in need of our attention. The Mercury retrograde is a time for review, when the underlying patterns come to light.

A major cause of stress at Mercury retrograde is frustration from mishaps, things breaking down, computers going black. But if we know it's cycle, this makes it feel less terminal. If things go pear-shaped, see what's there to see. Take a break from the usual routine.
Just observe and see what happens, and be open to the past returning for review. If it's coming back, there's likely something more to learn or release from it. This can be a good (and productive) time, in its own way."

﻿source
source 2
Posted by ShariRenee at 2:15 PM No comments:

Footage from the Solange concert Thursday.
I love this woman.
If she comes to your city.. don't hesitate!
She puts on a great live show.
﻿
Posted by ShariRenee at 8:20 PM No comments: 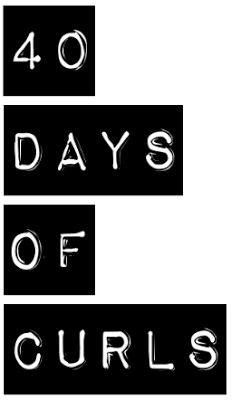 I'm a little late posting this, (exactly one week to be exact), but I decided that this year I really wanted to push myself in what I would sacrifice for lent. I'd given up sweets. I'd given up red meat. Both of which had found their way right back into my diet within a matter of days beyond the fast. This year I wanted to give up something that might bring everlasting change. Immediately I thought of taking a break from heat straightening my hair. It was something I've wanted to try for a while; not only to maintain the health of my hair and hopefully gain some length in the process, but also to learn to embrace my hair in its natural state.
You see, I've never been one to feel 'glamorous' when wearing my natural.. as silly as that may sound. It was more so something I'd turn to for convenience, or when in between appointments. No matter how many compliments I'd receive, or comments of, "If I had your hair I'd wear it like that everyday," I just wasn't having it. My curl pattern was inconsistent.. there would be too much shrinkage.. and it would get tangled beyond belief.

I decided what better challenge to myself than to face forty(ish)-days and forty(ish)-nights of nonstop curls! I'm challenging myself to feel glamorous in them, to find the beauty in truly embracing myself in my total natural state (I'm not an avid weave wearer but my hair is usually blown out bi-weekly) and ultimately to reach and inspire anyone else that's ever felt this way. I will post pics along the way and share what products worked/ didn't along my journey.

Stay tuned.
Posted by ShariRenee at 8:39 AM 2 comments: 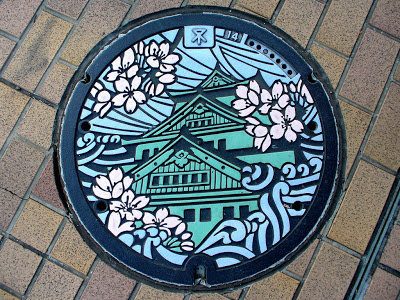 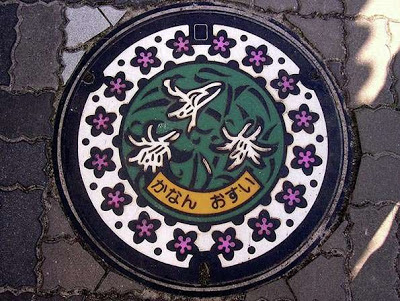 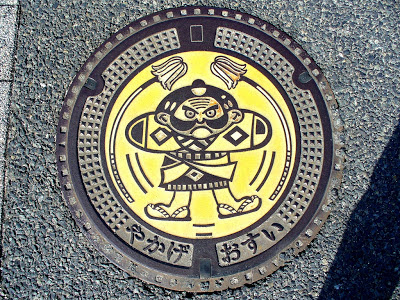 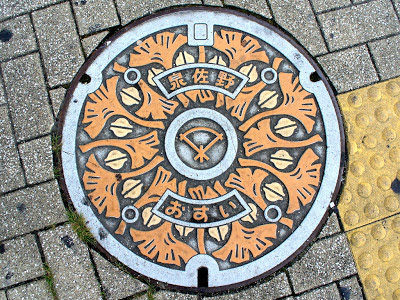 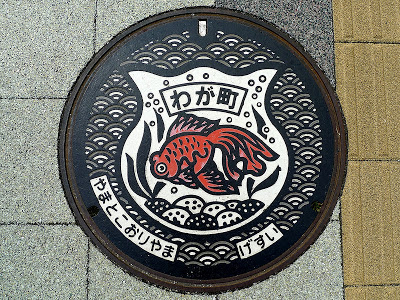 Can we bring this movement to America? How cool is this?

source
﻿
Posted by ShariRenee at 3:31 PM No comments:

I've decided I'm not a strong enthusiast of 'routine.'
I don't like settling into a series of repeated events, actions
because the very moment that routine is broken,
everything goes awry.

Posted by ShariRenee at 5:22 PM No comments:

each friday I'll feature one of my favorite posts from the past three years.
enjoy.

﻿secret regrets.
Posted by ShariRenee at 1:05 PM No comments: 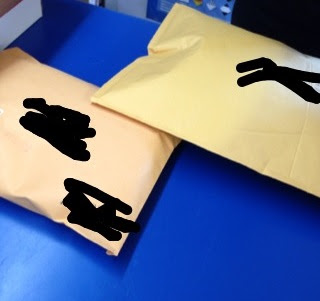 Sending out 'We the Tribe' crews today. Get yours here.
:)﻿
Posted by ShariRenee at 11:01 AM No comments: 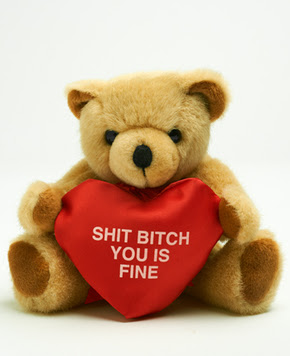 Posted by ShariRenee at 8:25 AM No comments: 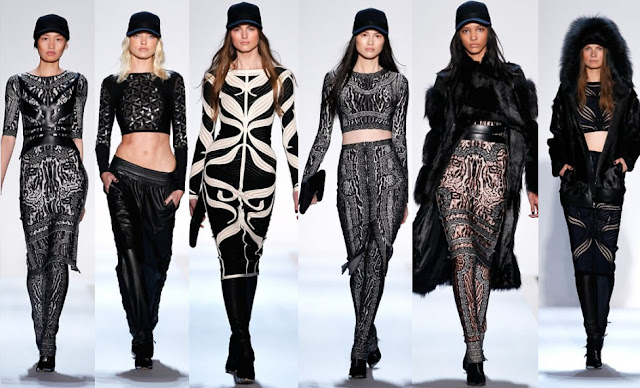 love, love, love.
Posted by ShariRenee at 9:45 AM No comments: 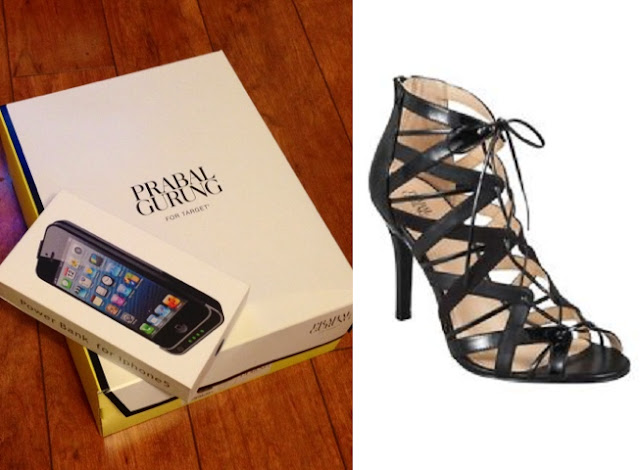 Labels: black fashion blogger, buy, fashion, iPhone, lace up, Prabal Gurung, recent purchases, shoes, Shop, target, what I did today
I hope it's well received
intentions aren't everything but they say something
love is love,
and today was decent
( SIDENOTE: I made 'king cupcakes' tonight in honor of Fat Tuesday. ) 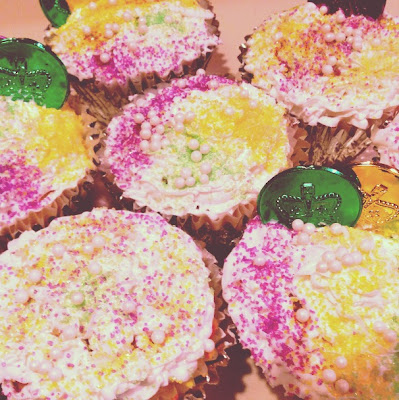 "poor is the man whose pleasures depend on the permission of another."
-madonna
Posted by ShariRenee at 9:00 AM No comments: 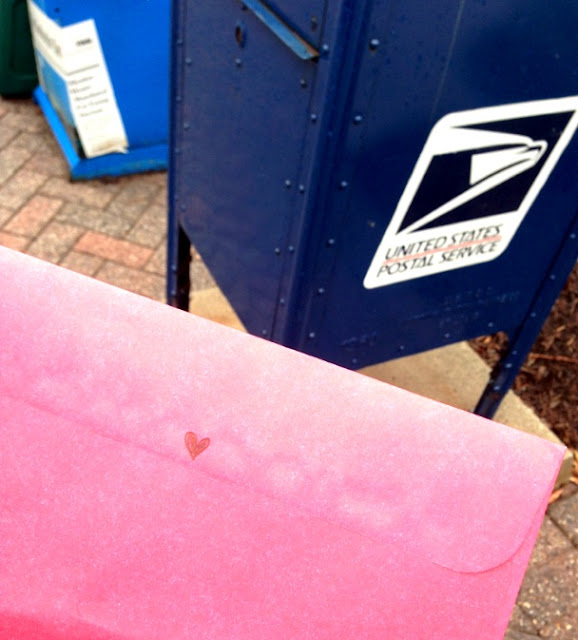 the lost art of the love letter.
﻿
Posted by ShariRenee at 10:45 AM No comments: 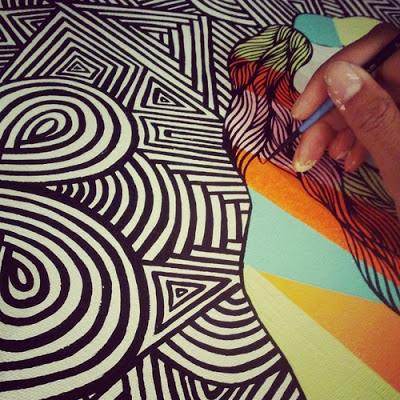 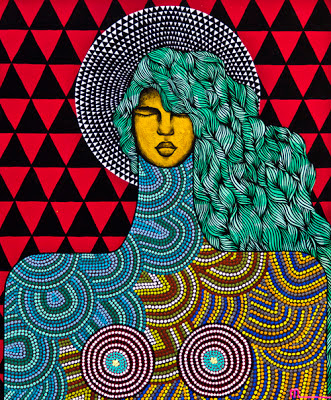 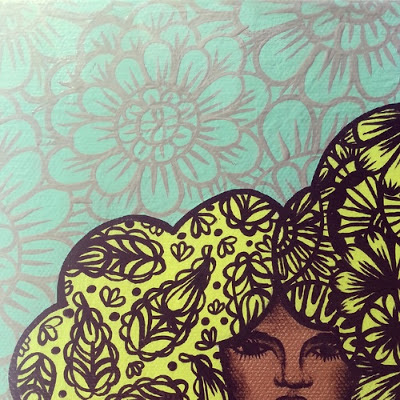 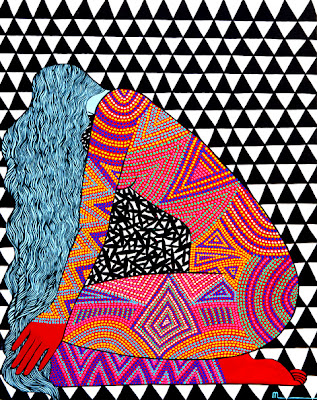 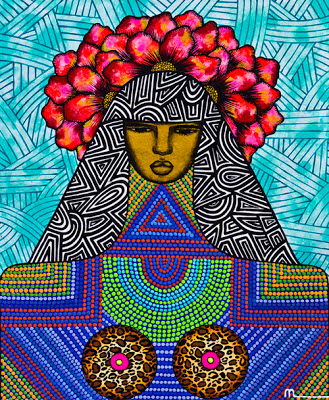 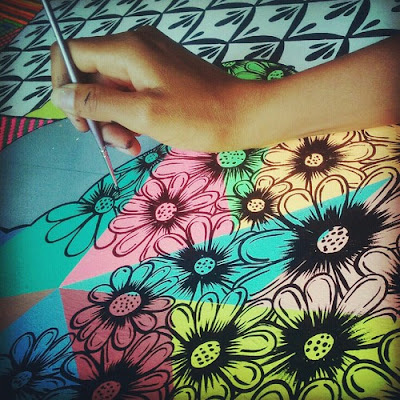 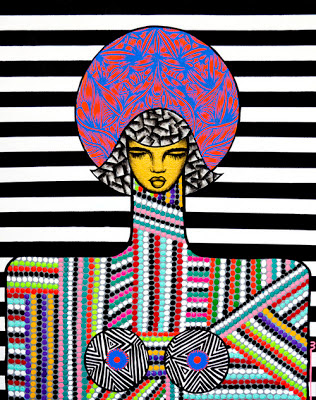 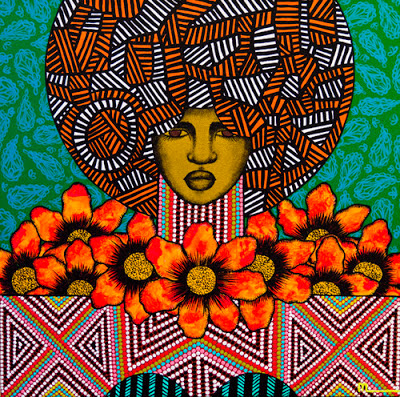 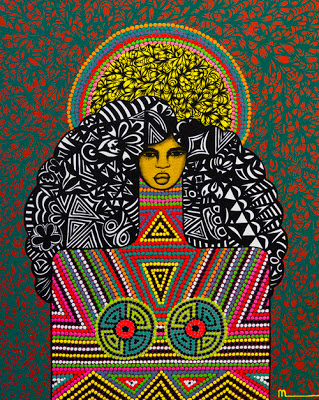 A few works from LA based artist Michelle Robinson.
Amazing to say the least.
Check her out here.

Posted by ShariRenee at 10:00 AM No comments: 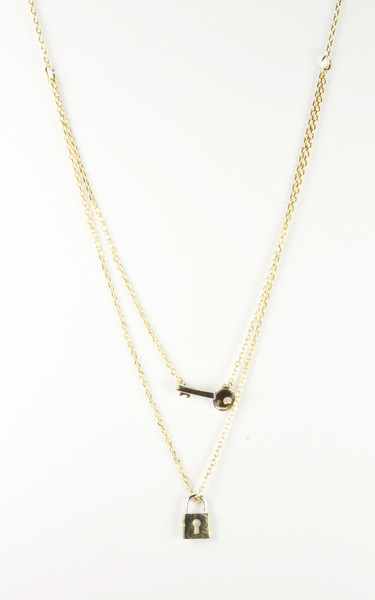 What better way to celebrate Valentine's Day being exactly a week away than with this adorable lock and key chain($26.90) by Hello Miss Apple?
Get yours here.﻿
Posted by ShariRenee at 9:01 PM No comments: 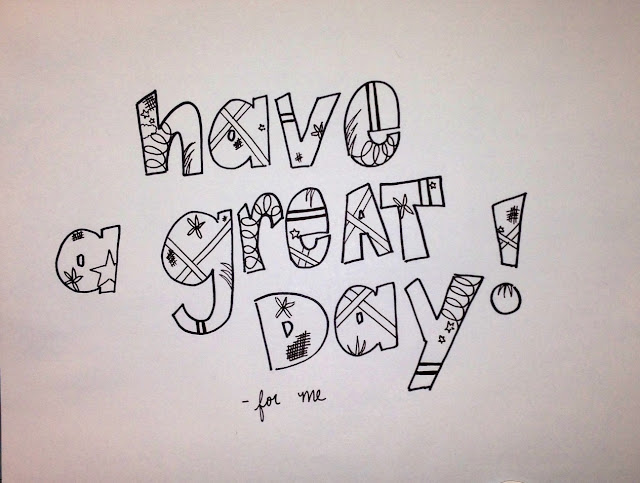 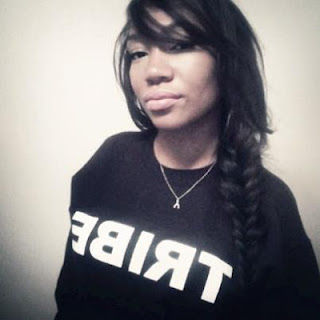 Posted by ShariRenee at 7:11 PM No comments:

For me, this year is about trying new things.
Discovering self-imposed boundaries and surpassing them.
Solo missions of self-discovery.
and
Unconditioned awareness.

Labels: 2013, happiness, me, musings, self discovery 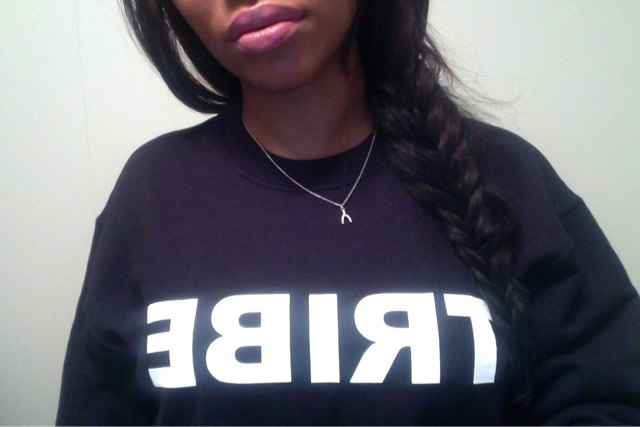 Sneak peek.
We the Tribe.
Stay tuned.
Posted by ShariRenee at 1:15 PM No comments:

" anything that resonates with inspiration, or fuels your imagination.. "