"...And What I Loved Most She Had So Much Soul" 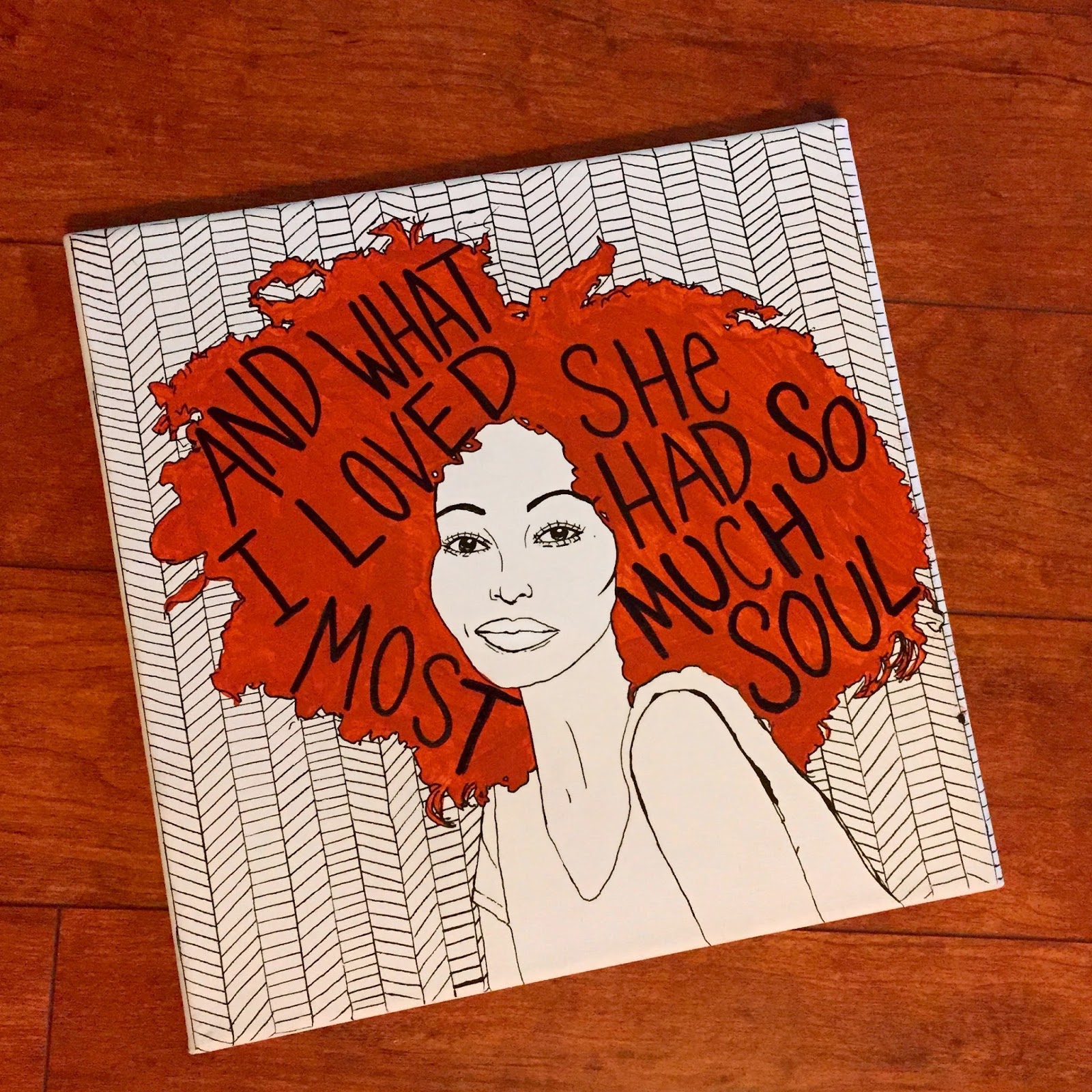 will be adding new pieces to the site weekly 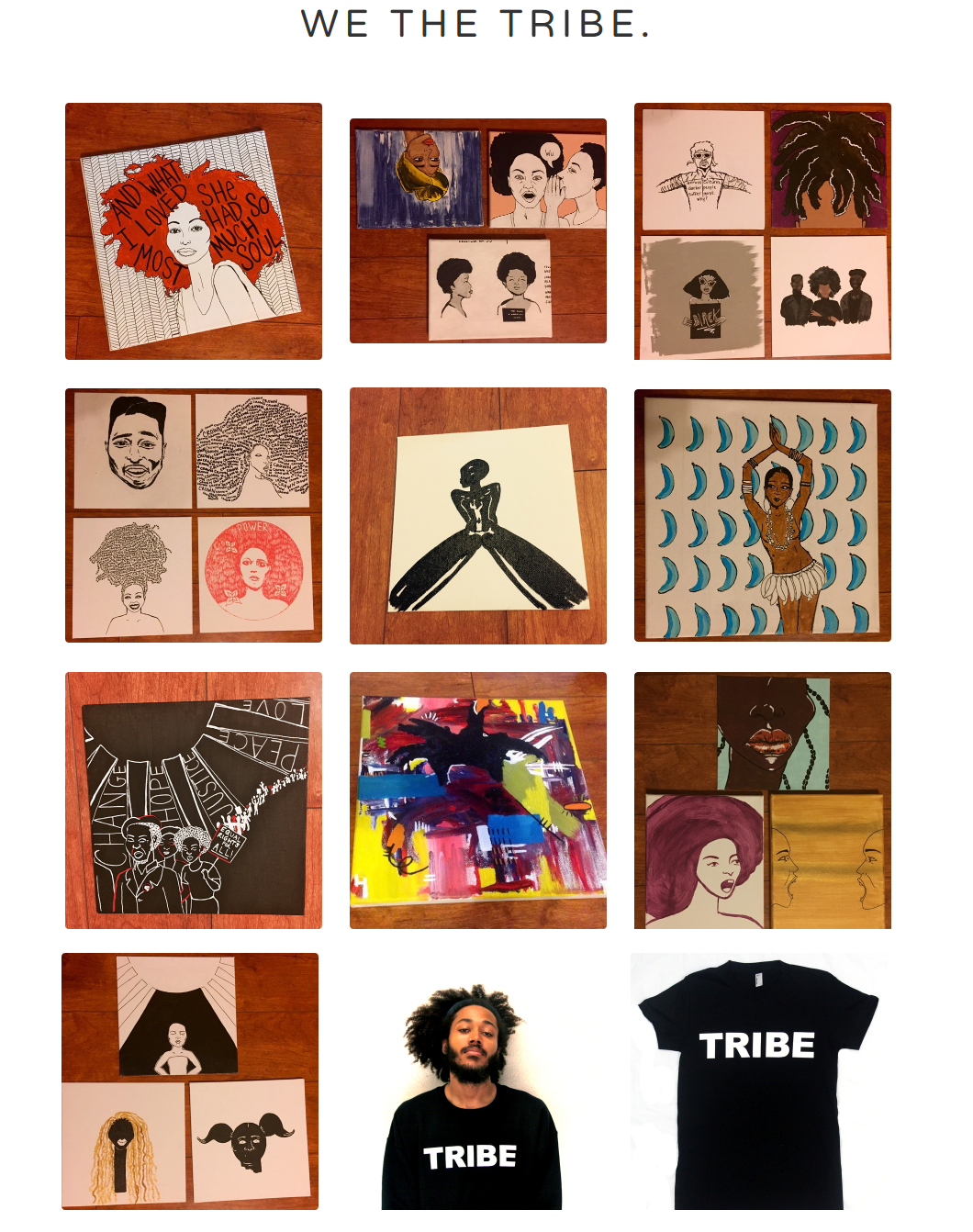 Posted by ShariRenee at 10:02 PM No comments:

"We gotta start makin' changes, learn to see me as a brother instead of two distant strangers."

Posted by ShariRenee at 8:09 AM No comments: 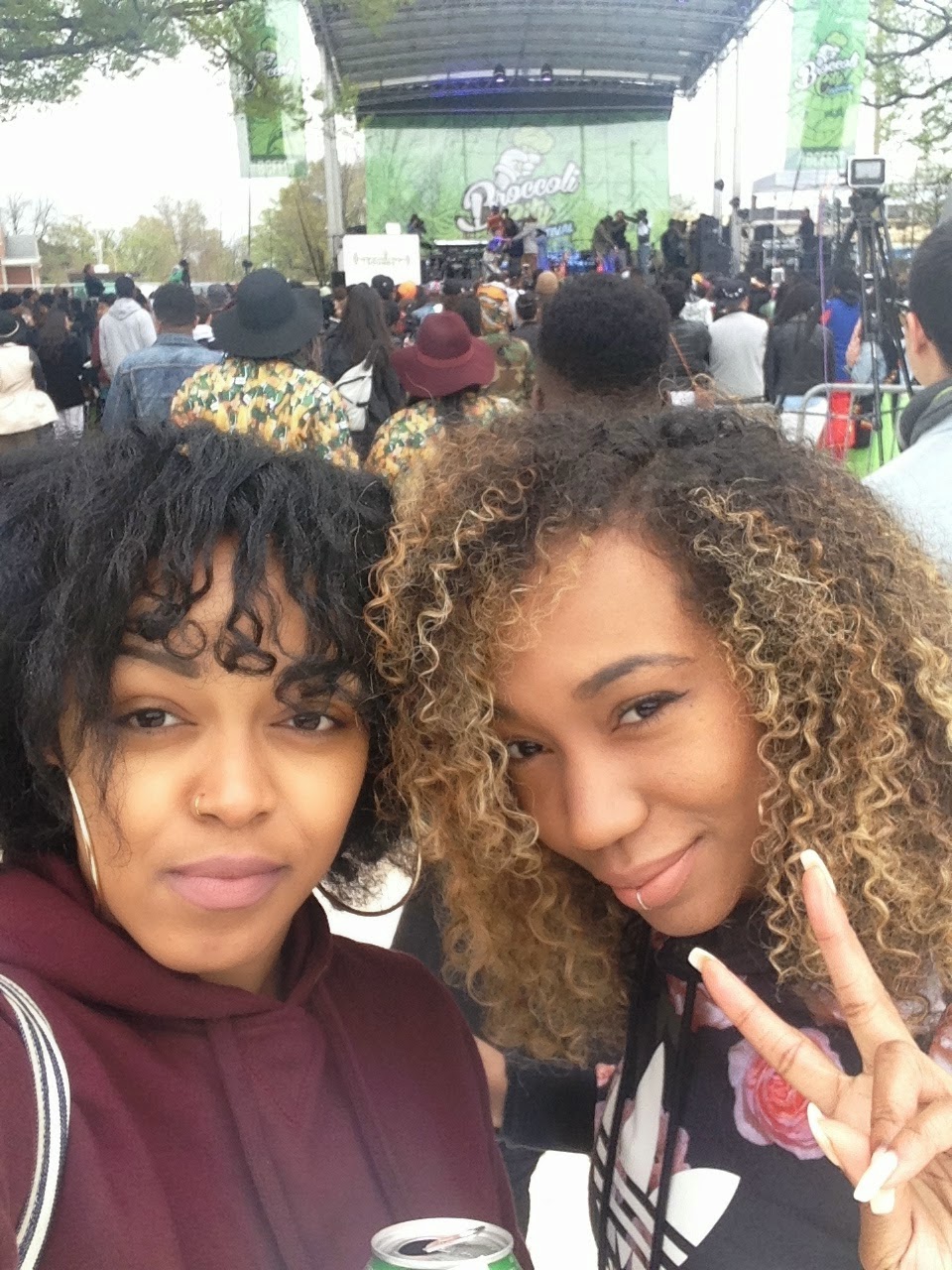 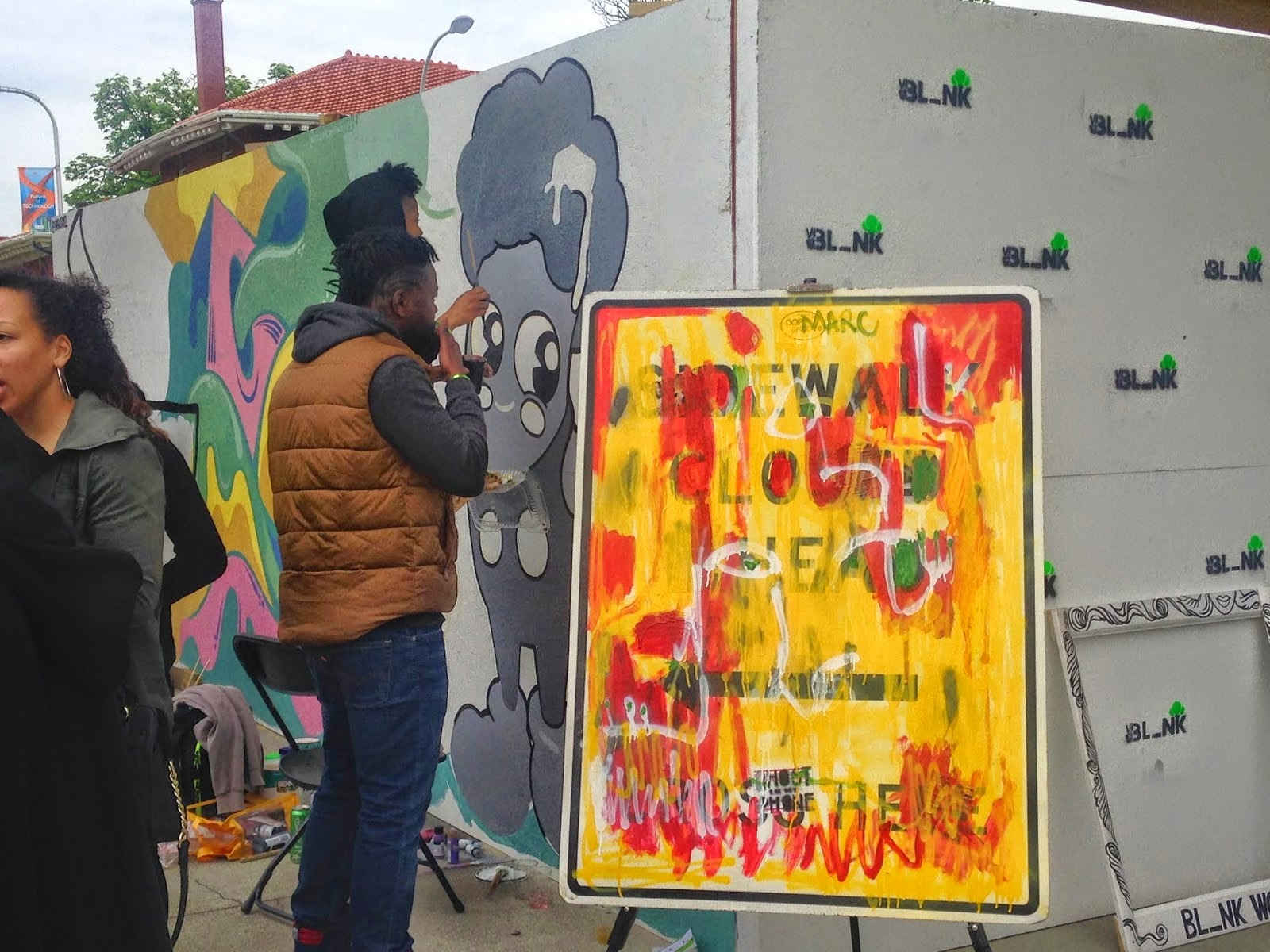 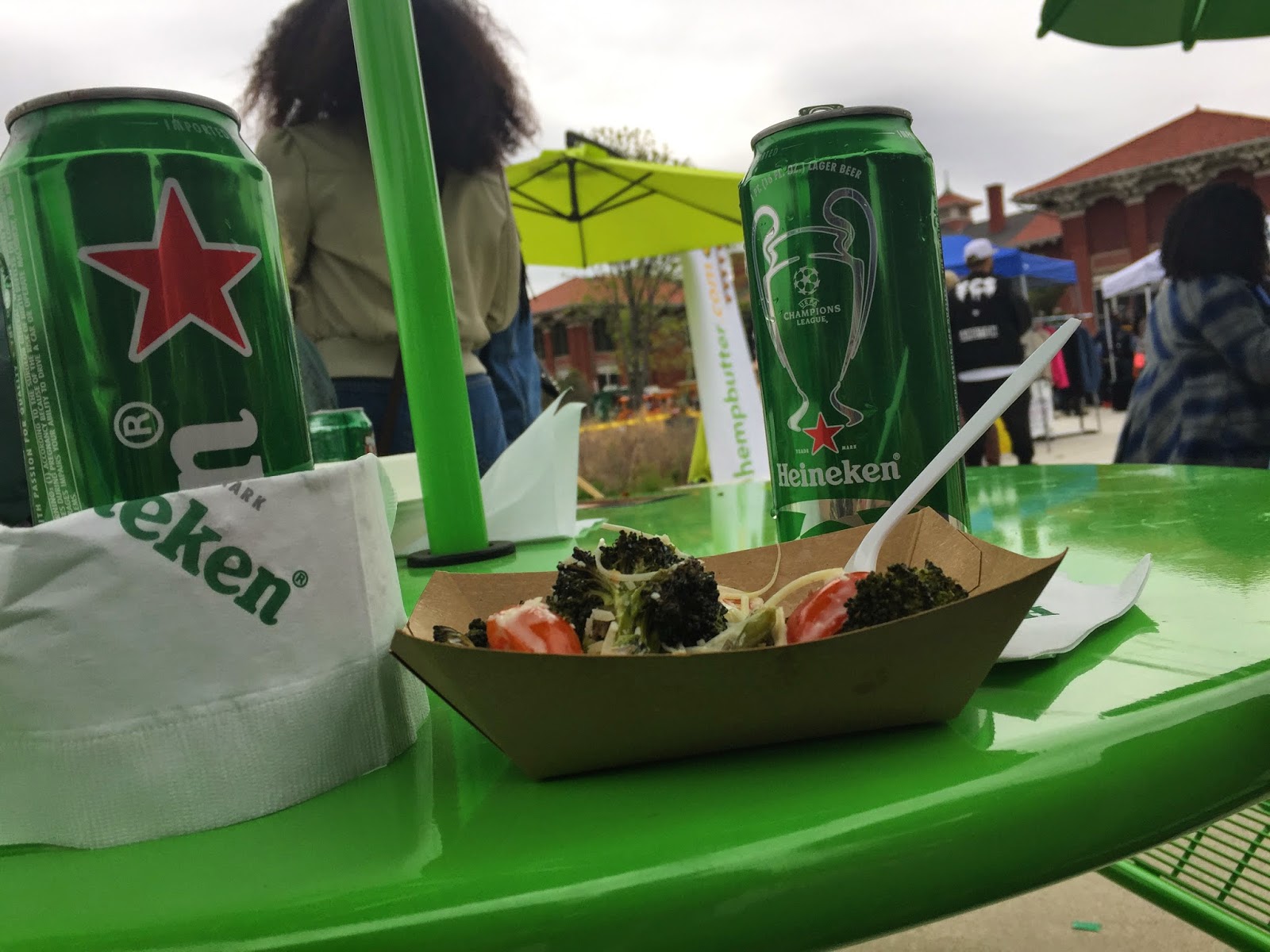 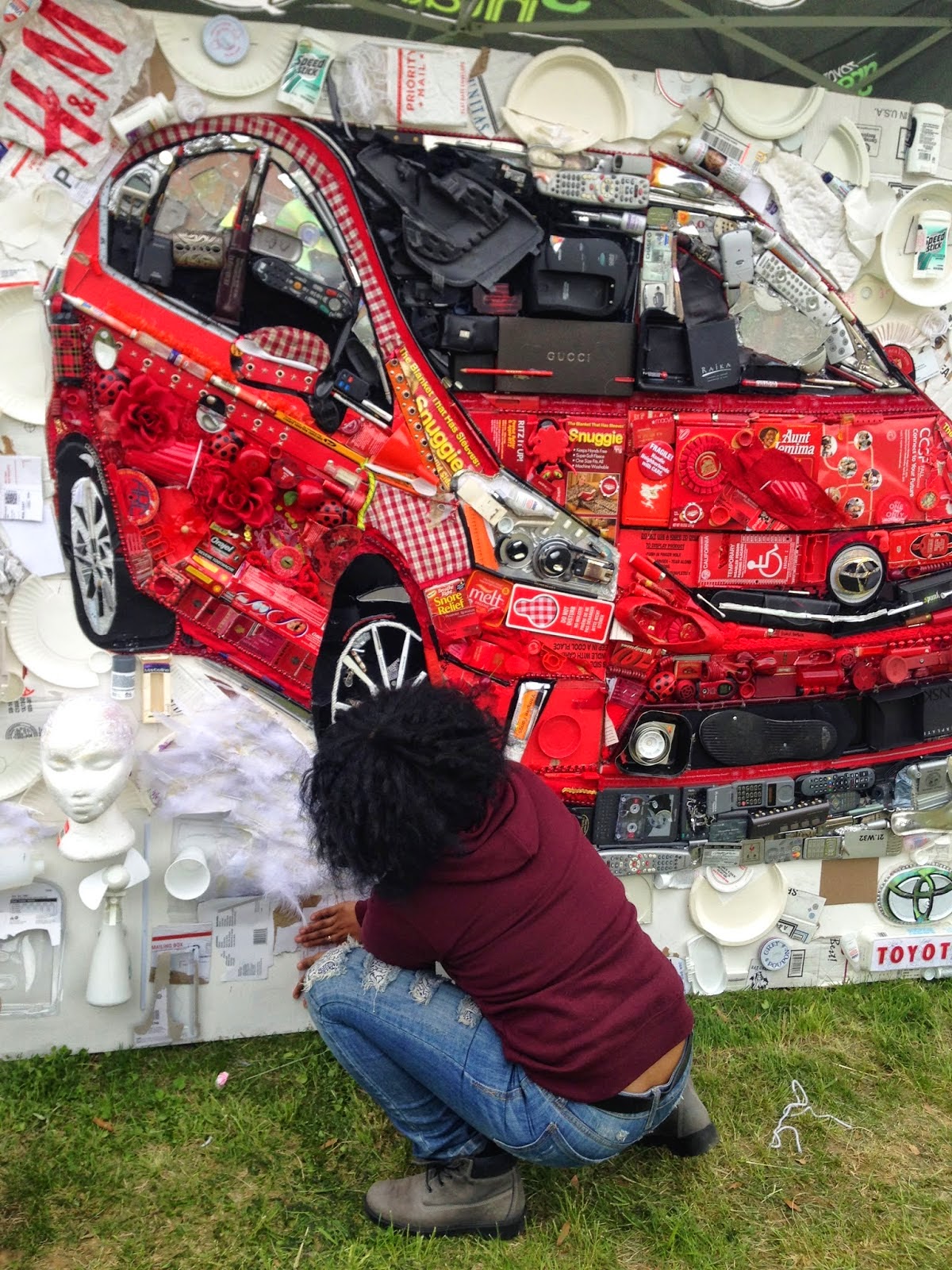 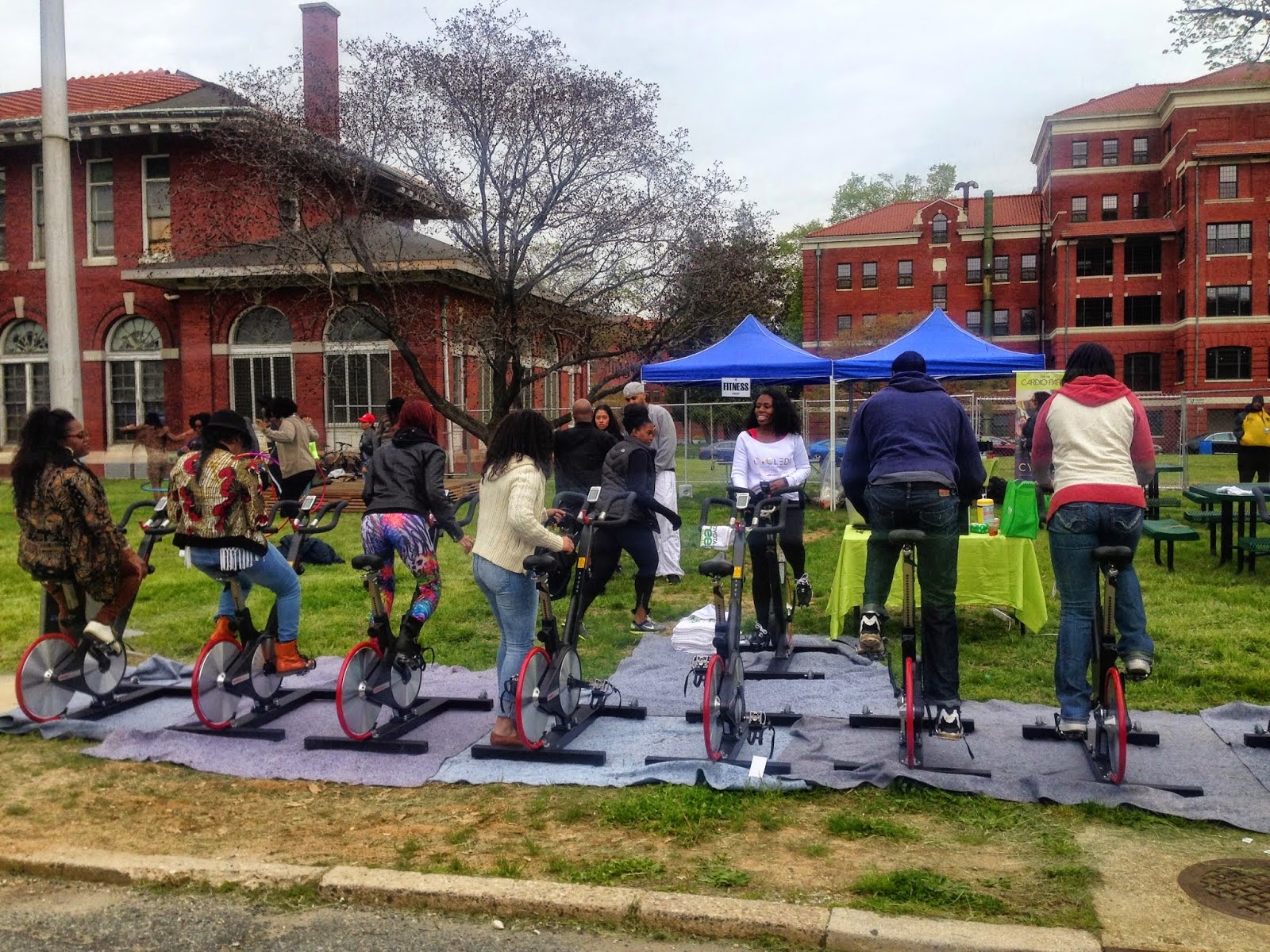 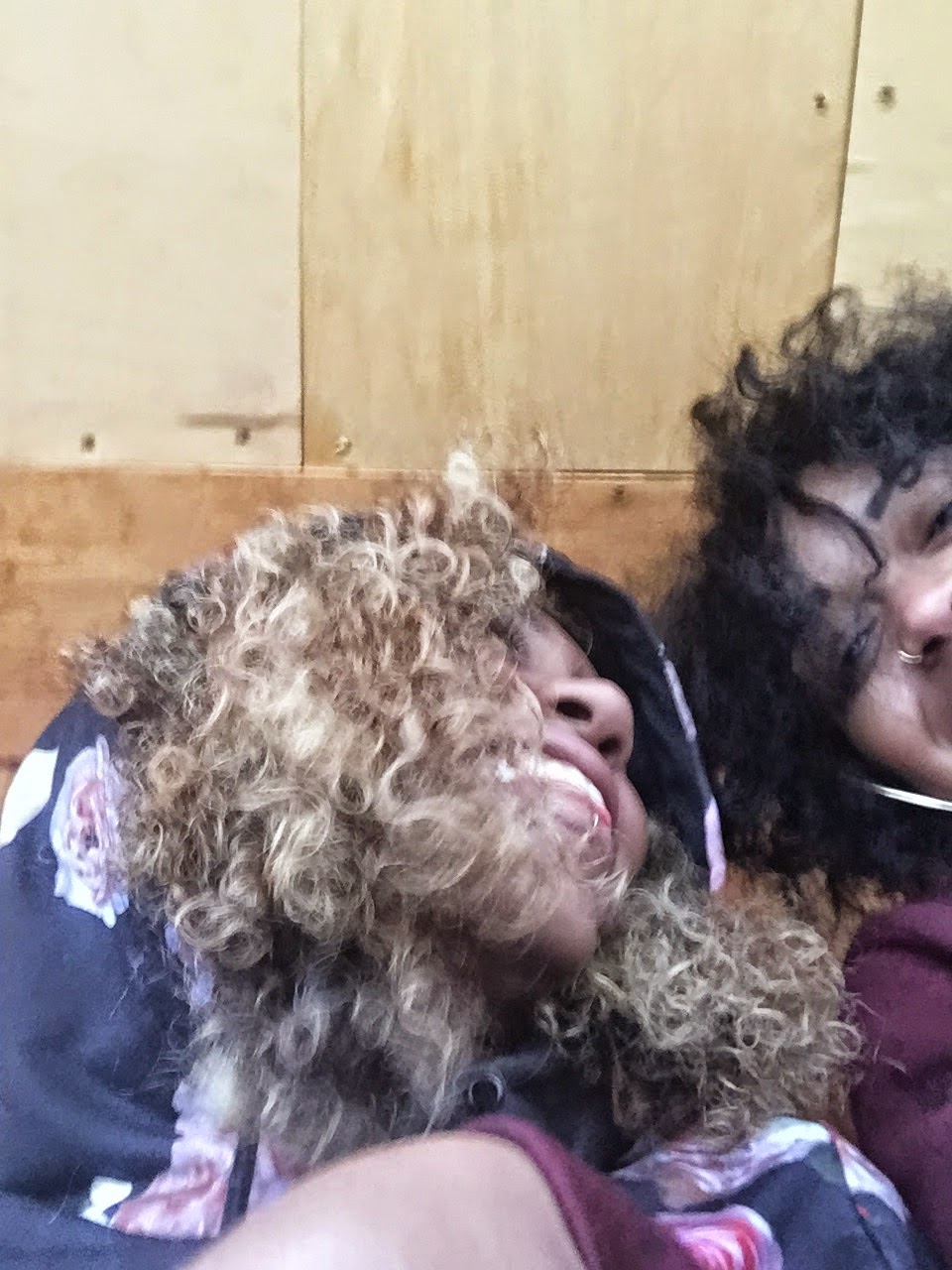 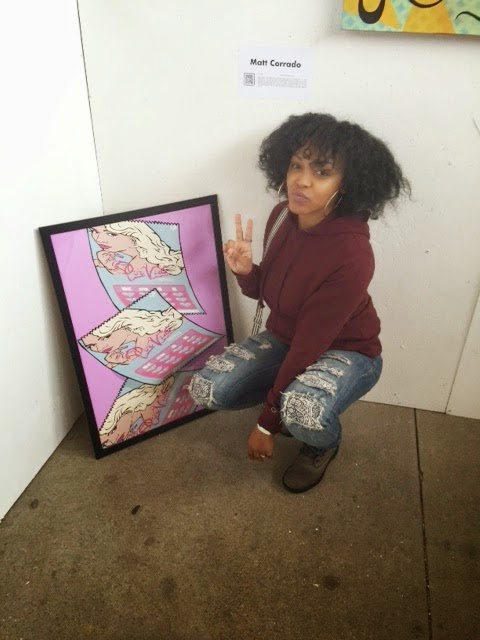 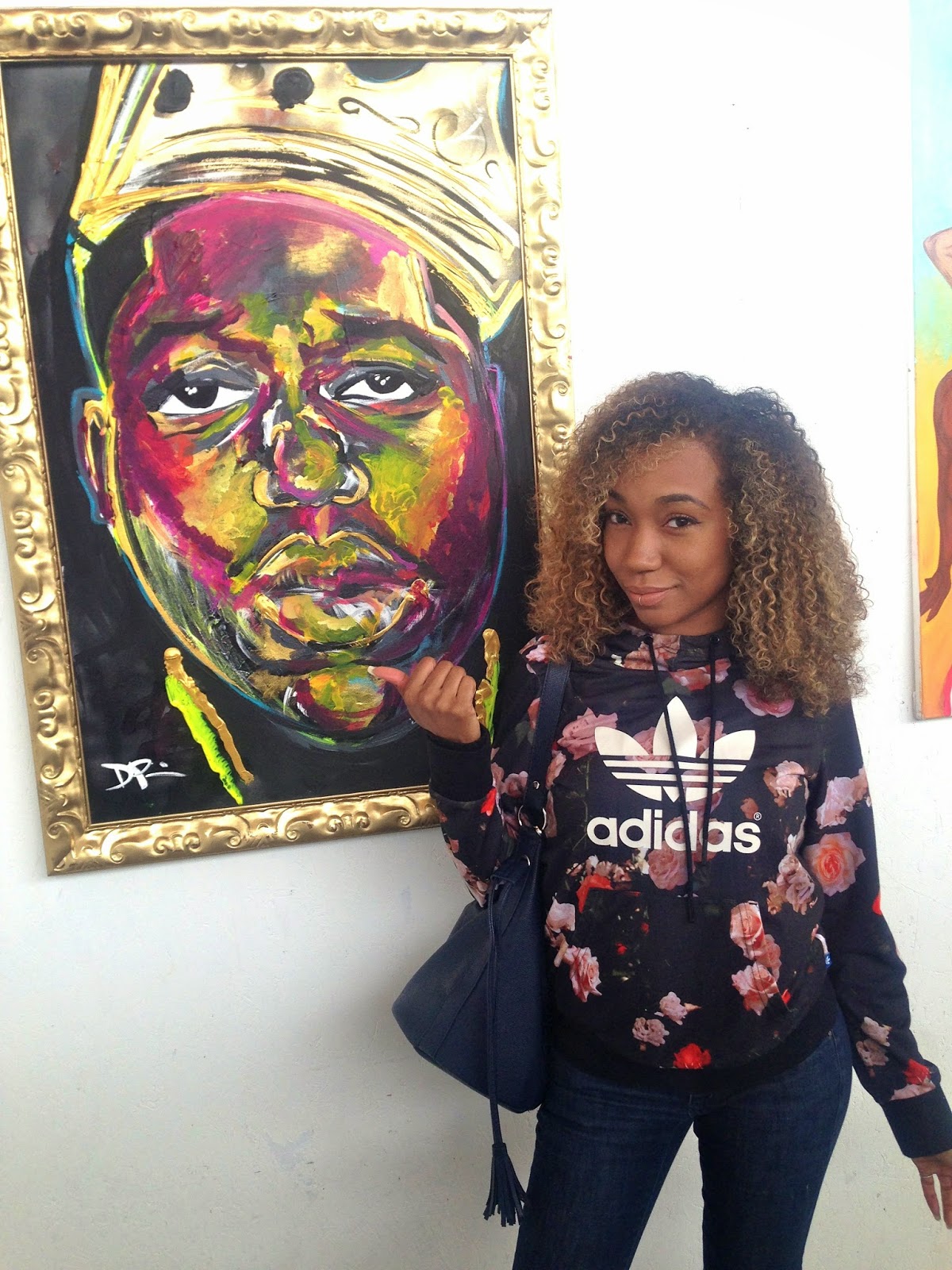 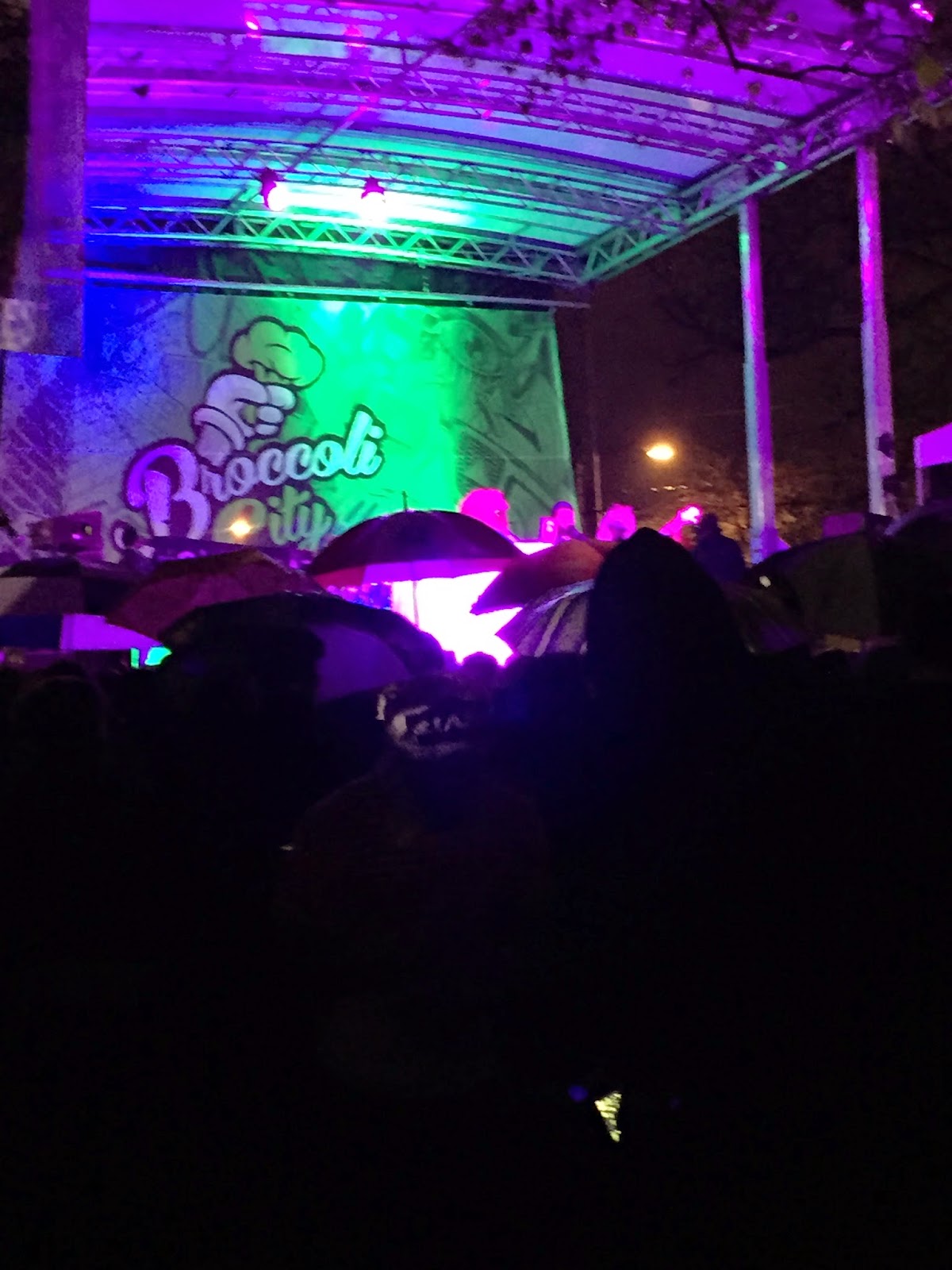 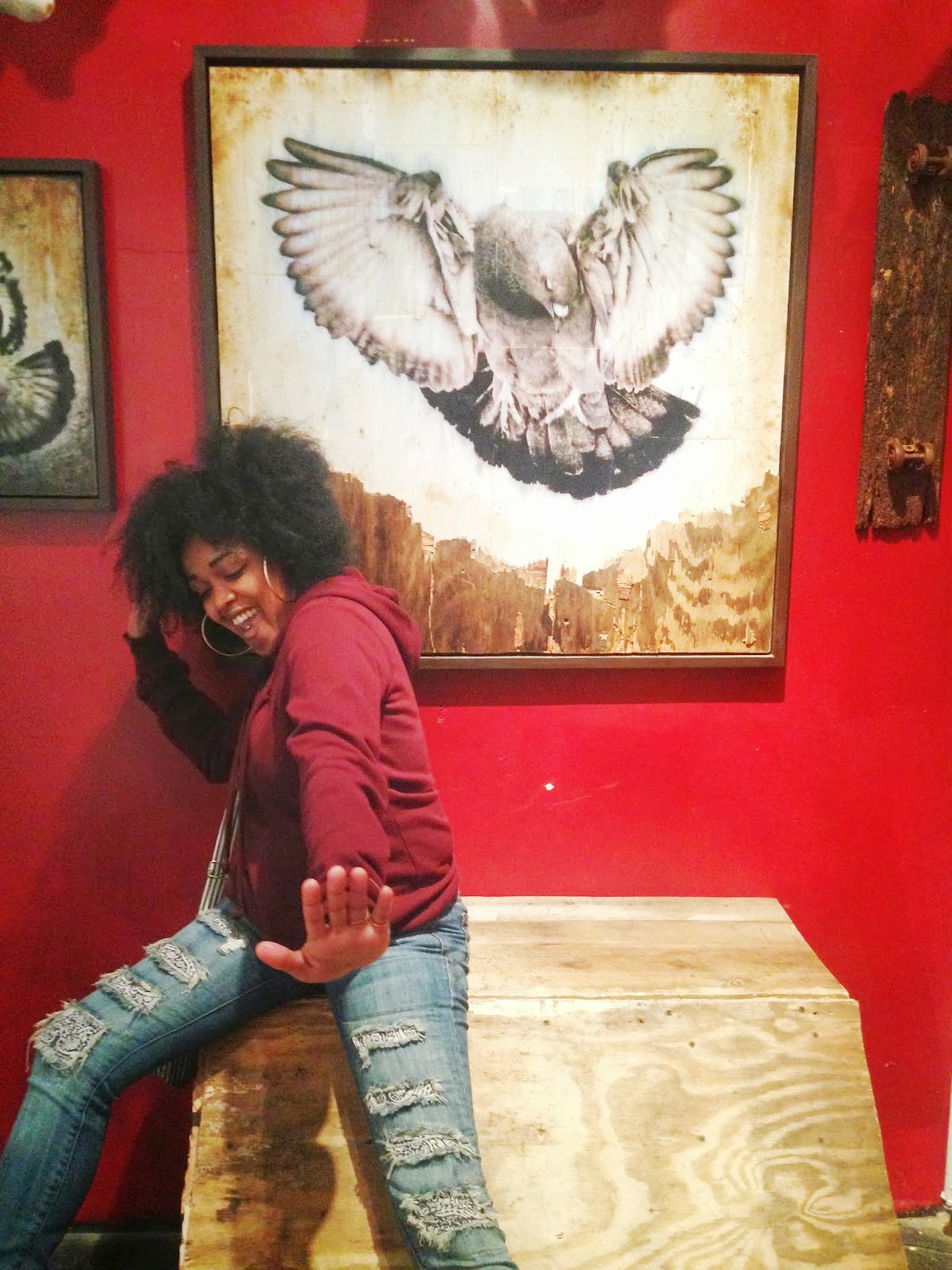 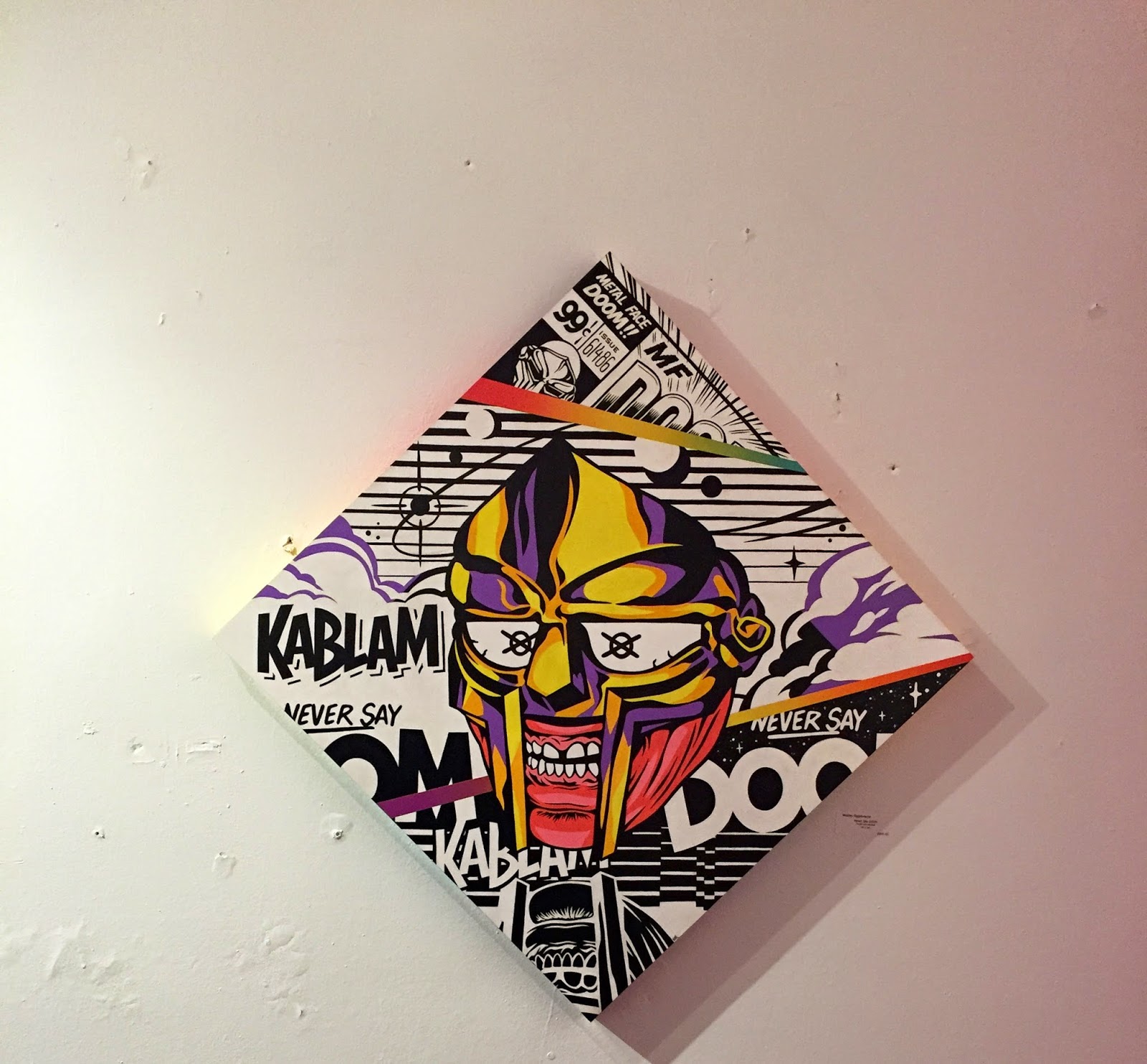 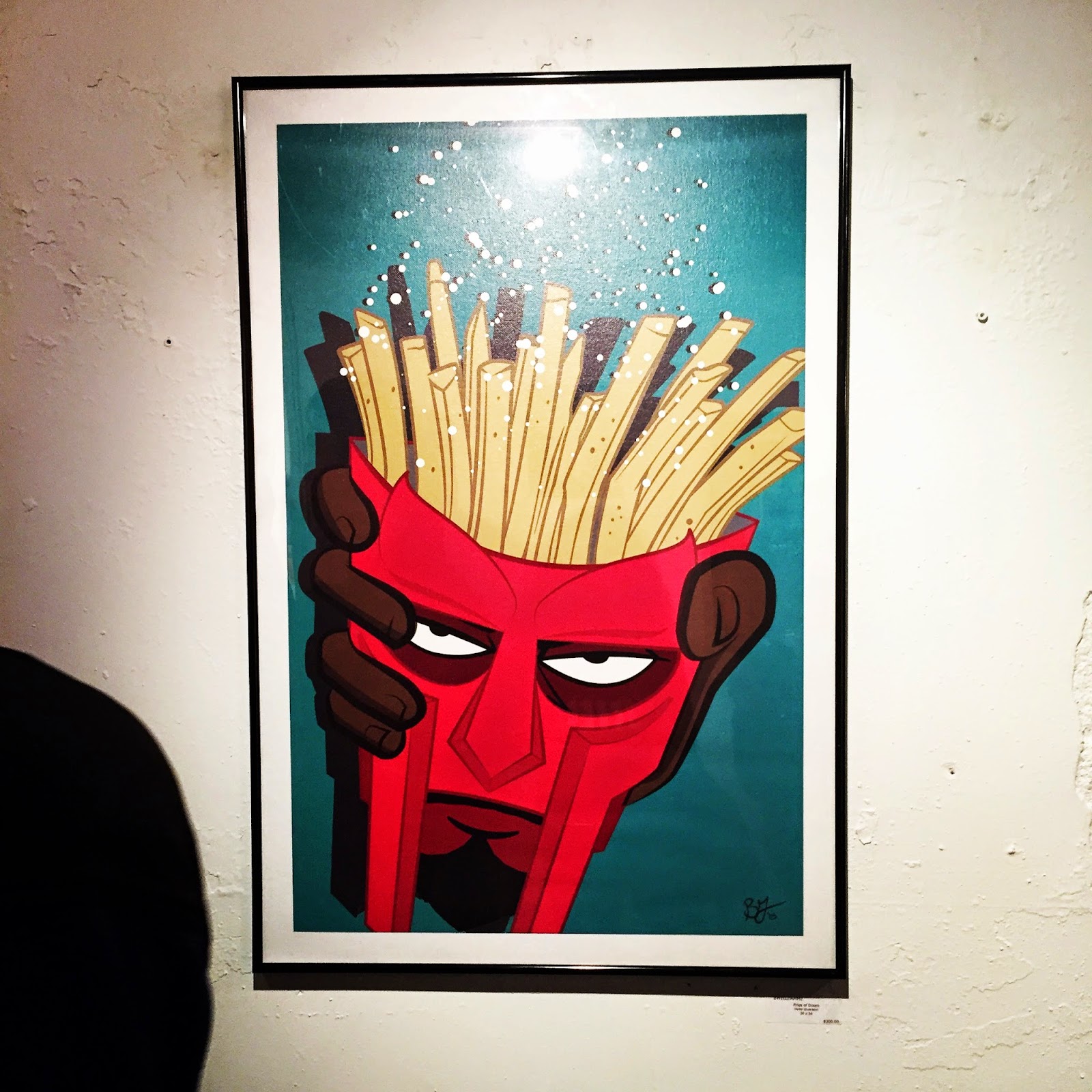 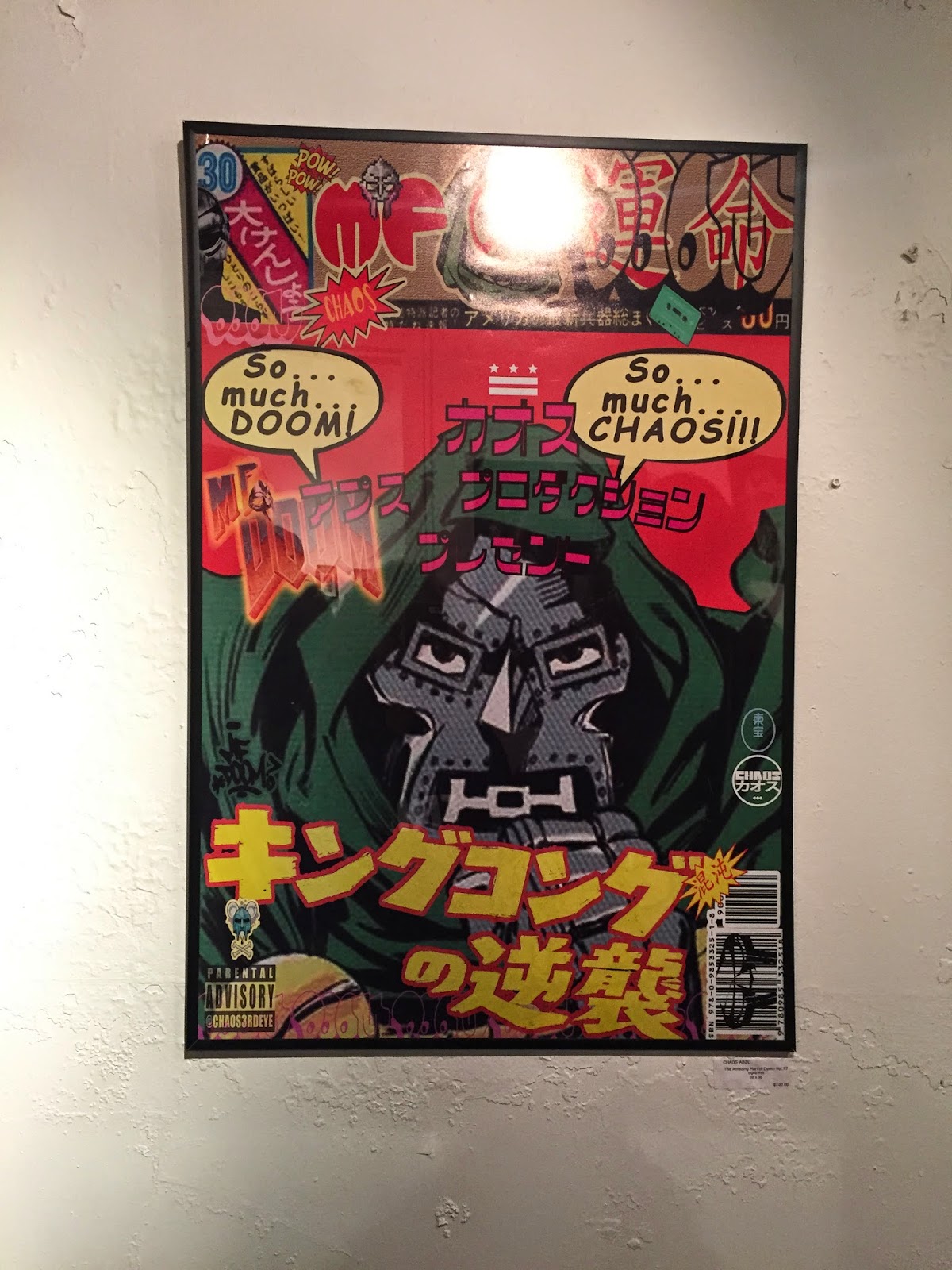 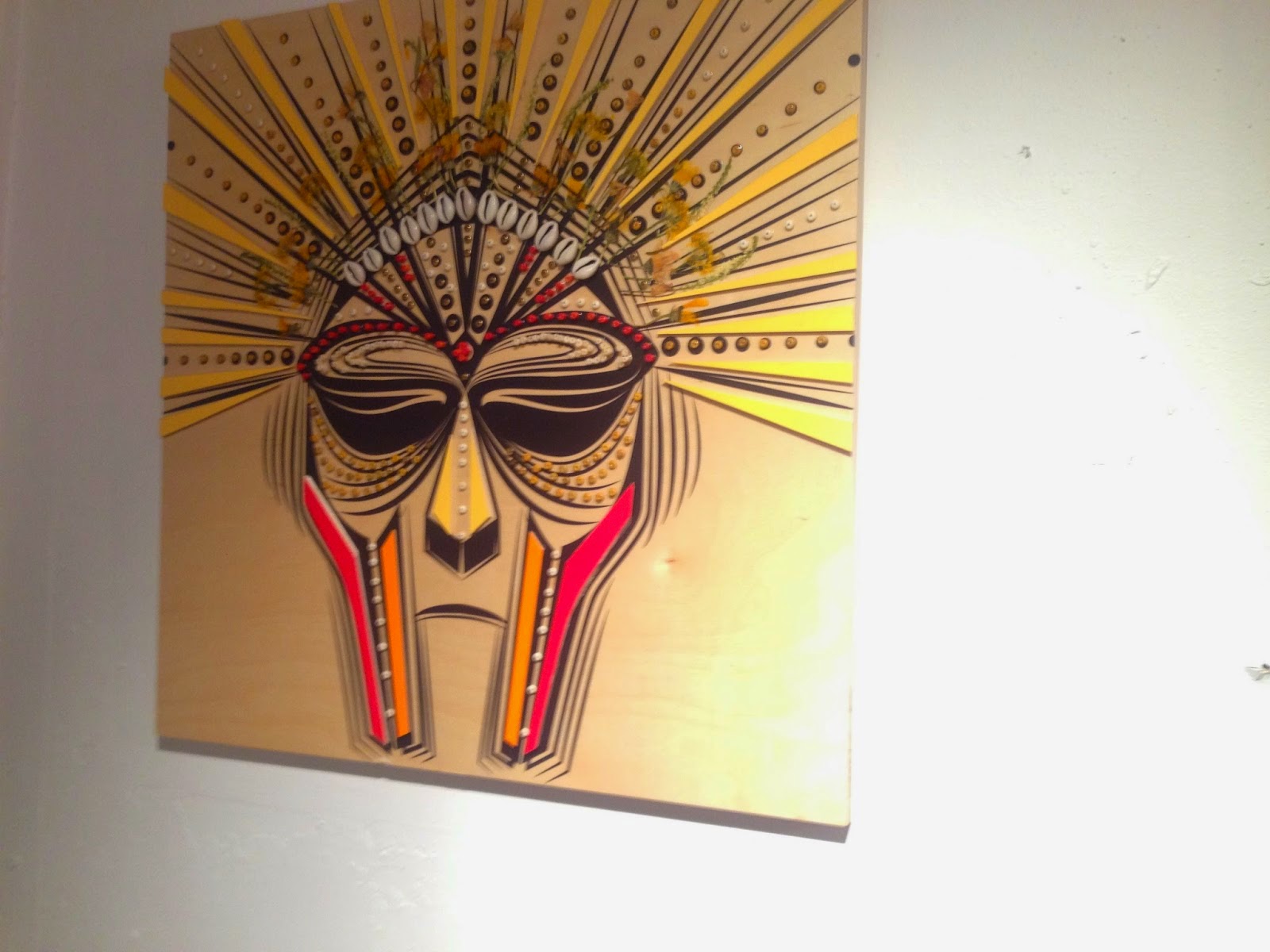 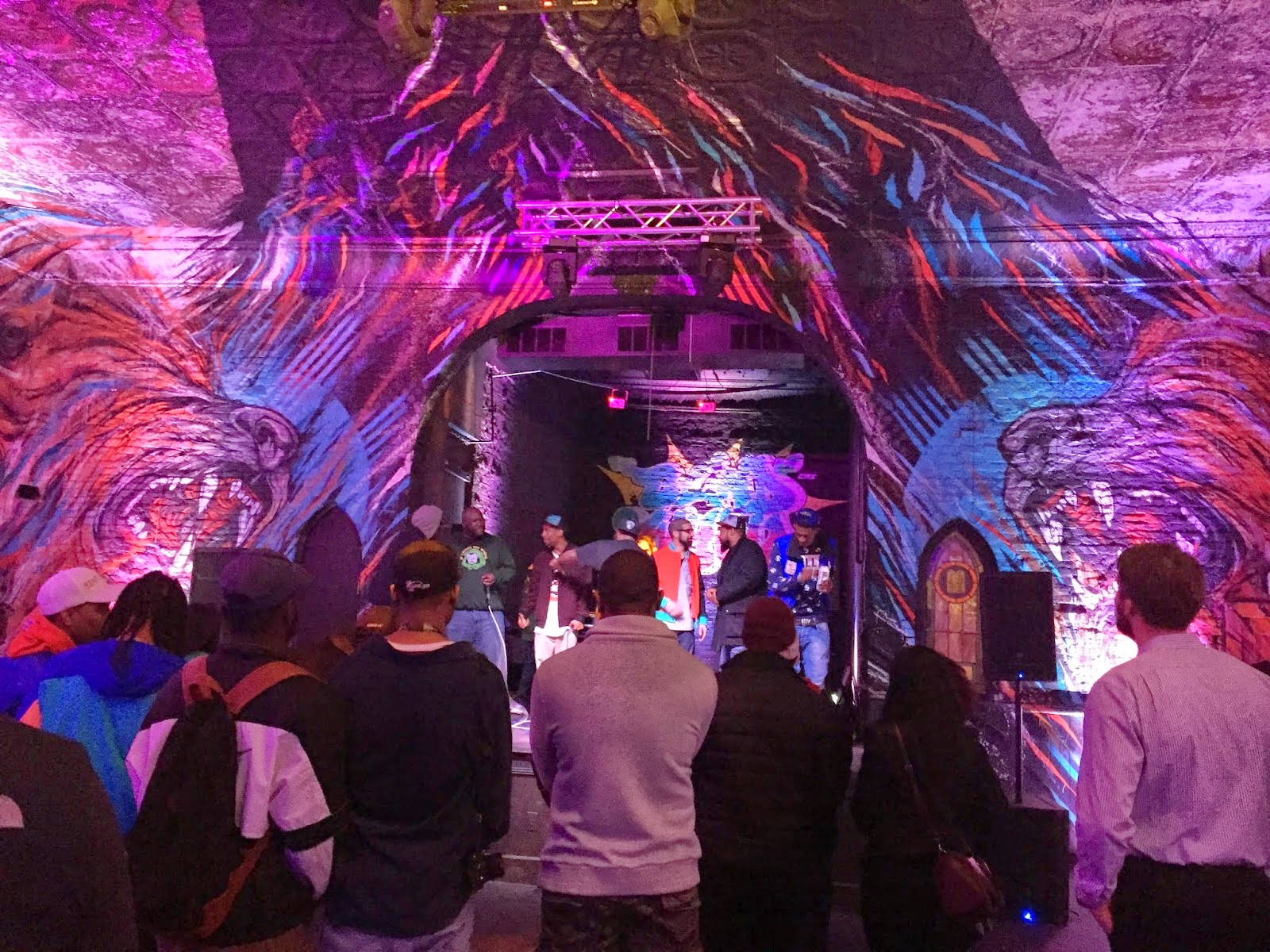 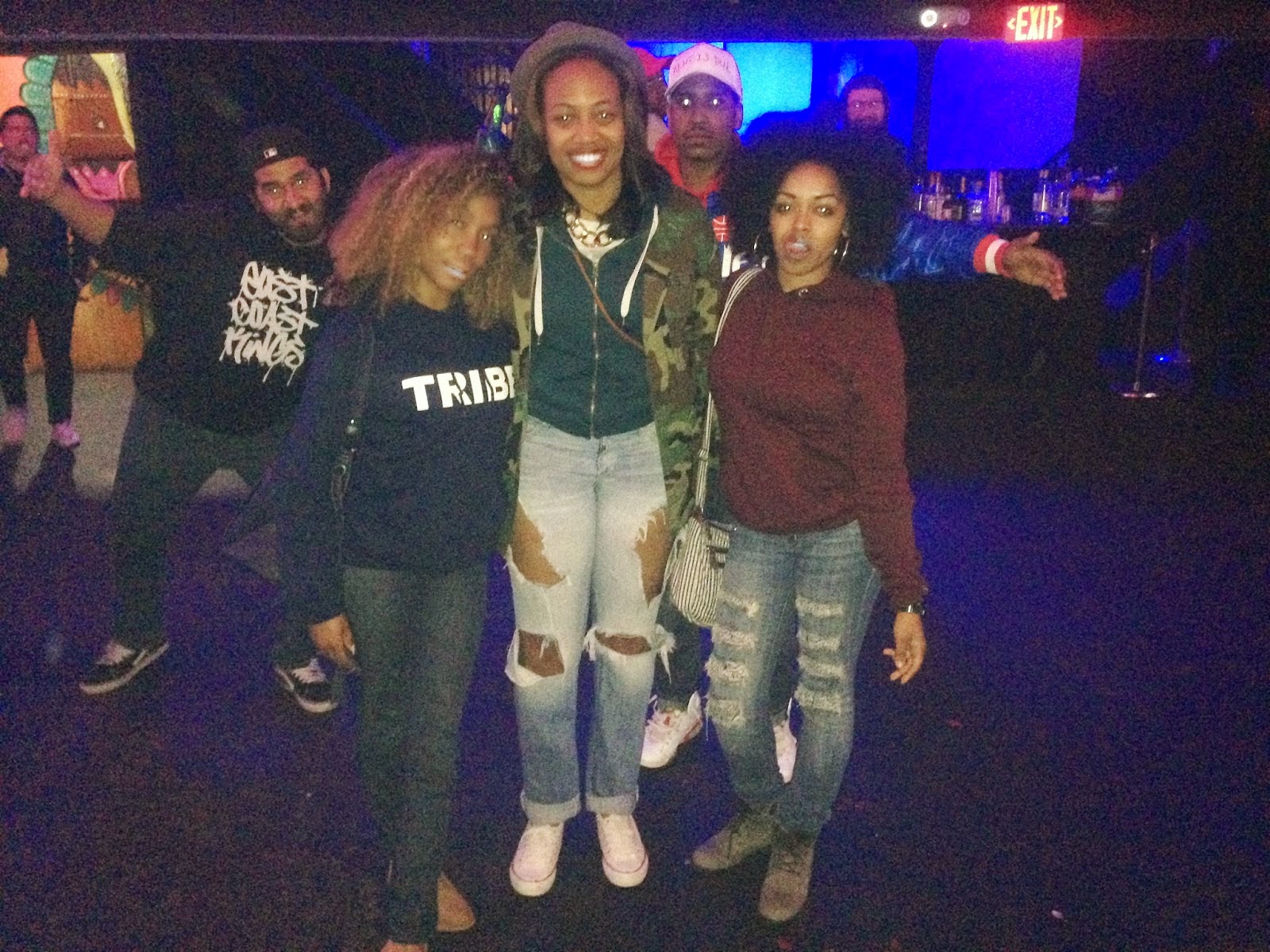 This past weekend was the Broccoli City festival in DC, and while I had a good time, I can't help but think it could've been next level if the weather would just get itself together. Between Trillectro being rained out last year and BC this year, I'm pretty much fed up with the rainy festivals. Hopefully mother nature will be more forgiving for the Roots picnic in a few weeks.
Anyway, there was a really nice turn out. The music acts were pretty good;Willow and Jaden, Joey Bada$$ and DJ Loretta Brown aka Badu brought me out, but I was pleasantly surprised by Kali Uchis and the high energy of Sunny and Gabe. It's always cool to stumble upon new artists.

I stole the majority of these pics (because I was being lazy and not taking any of my own) from Tiff, aka my go-to date for any and all things music. (Thanks Tiff!) We ended up leaving in the middle of Badu's set and headed over to the "We Are All DOOMed" exhibit and ode to the dope emcee at Blind Whino. They always have the best exhibitions and it's nice to experience a different crowd from time to time. If you're ever in DC be sure to check them out.

( SIDE NOTE: Every little thing, is gonna be alright. *reminder )

Posted by ShariRenee at 12:26 PM No comments: 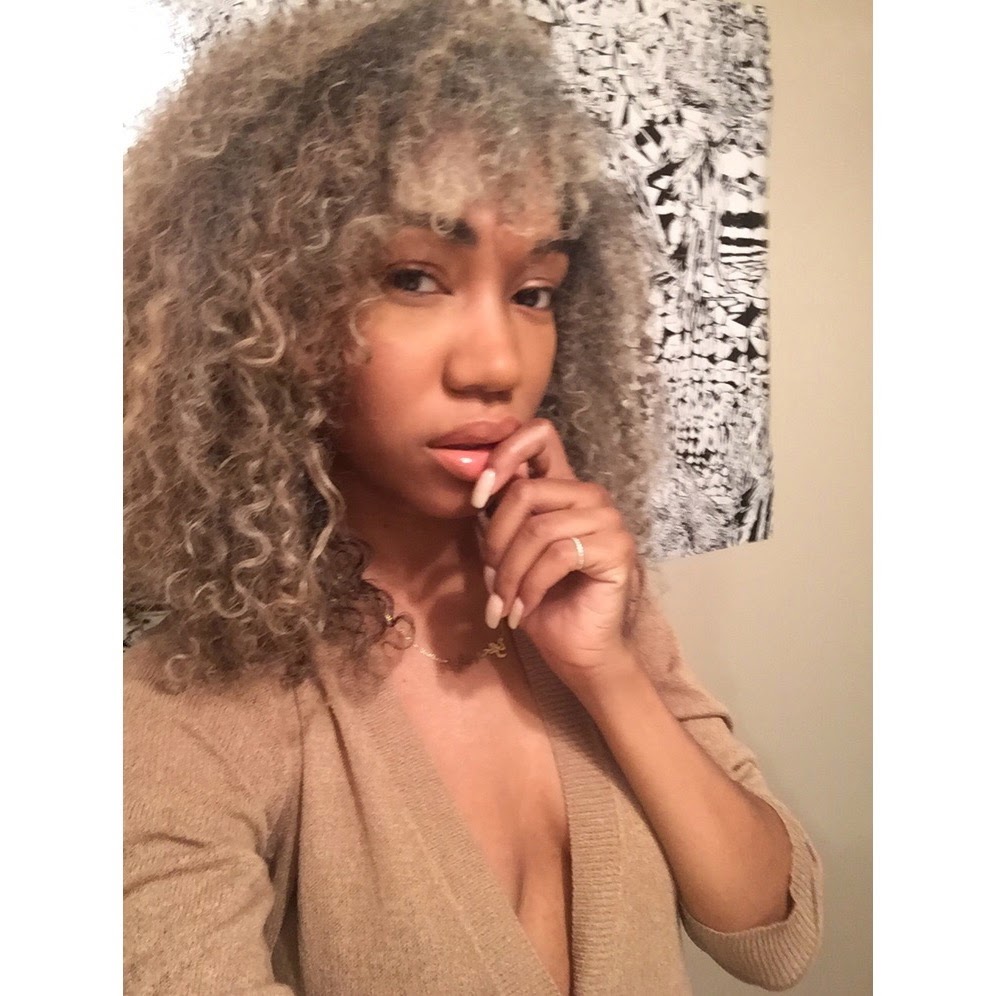 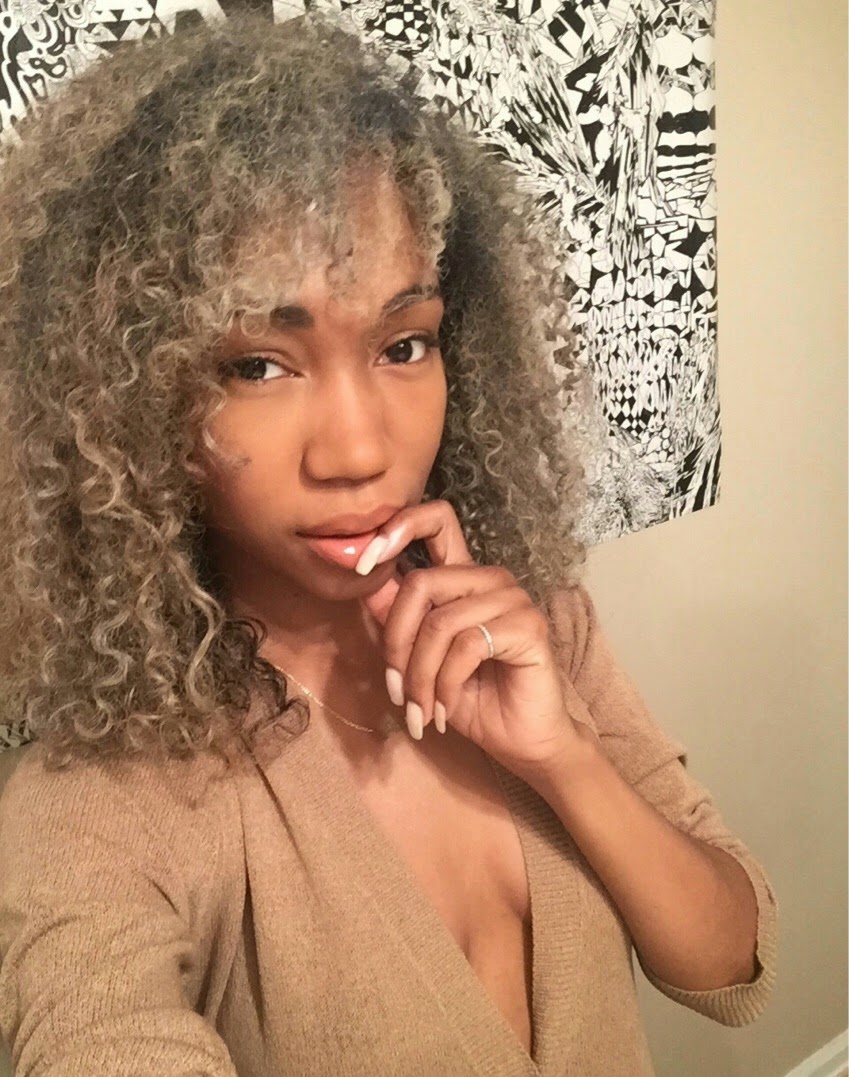 it's hard to see here, but my hair (today) is grey.


a little obsessed with this group..

( SIDE NOTE: Trying to break the habit. )
Posted by ShariRenee at 8:08 AM No comments:

excited for the broccoli city festival in DC this weekend
special thanks to everyone that took the time to wish me a happy birthday. it's appreciated.
set goals

as my awareness grows, so does my appreciation of 'the moment'
been receiving so much love for my art.. it's leaving me more and more inspired to create bigger and better this go around.


"..I'll only have you if you're sweeter than my solitude." - warsan shire 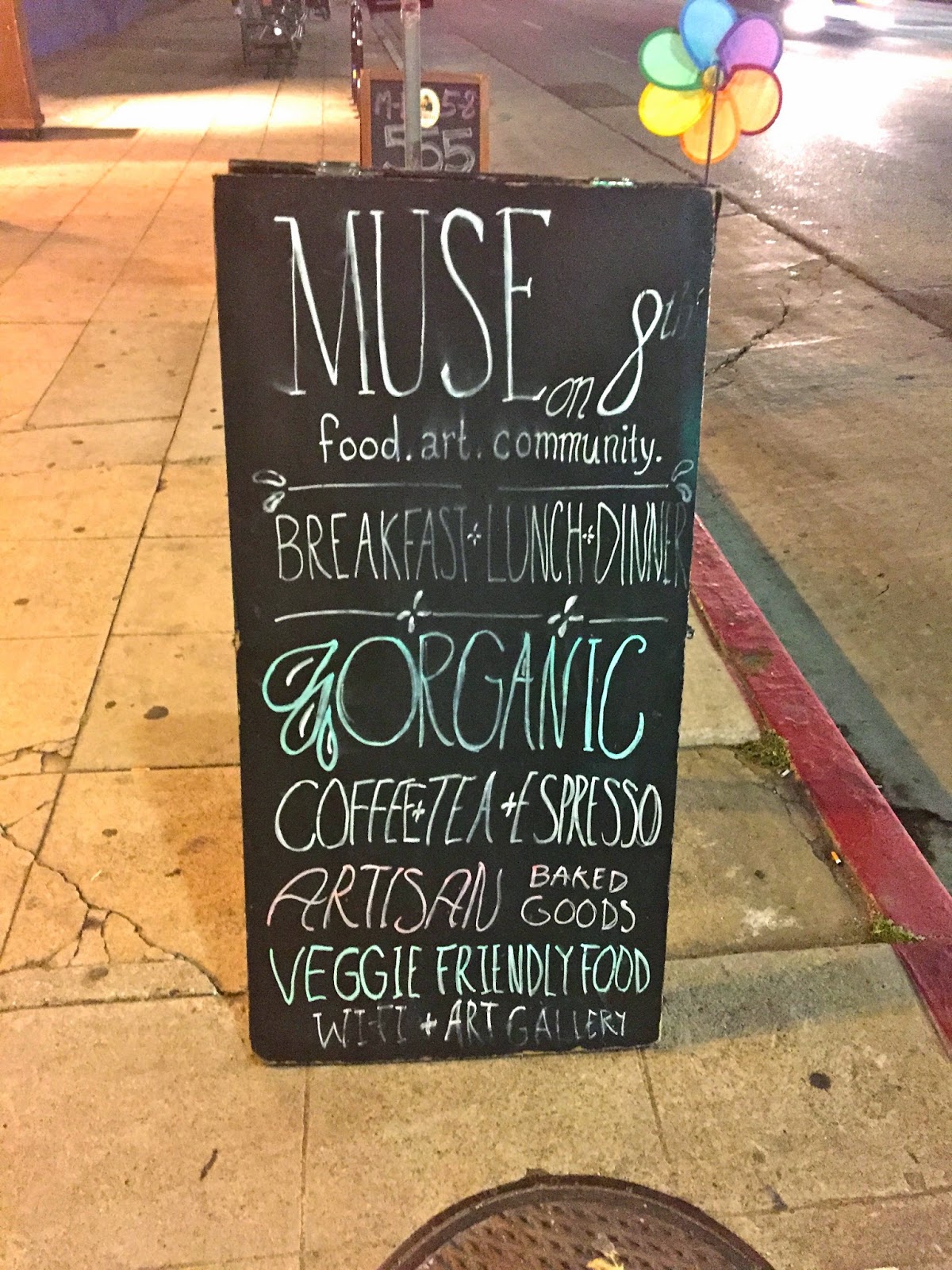 I'm finally able to cross reading one of my poems at an open mic off of my bucket list. It happened last Monday, April 13th, at Muse on 8th in Los Angeles. The experience was short and sweet, but I'm so proud I was able to shake the jitters and finally do it.


hate when my impulses get the best of me

( SIDE NOTE: If you're on Instagram, please go vote for InspiretheTRIBE for best blog by commenting "@Shari_Renee" under the comments section of the contest post on @JBsFoodForThought and @Carterlove's pages. )
Posted by ShariRenee at 7:38 PM No comments: 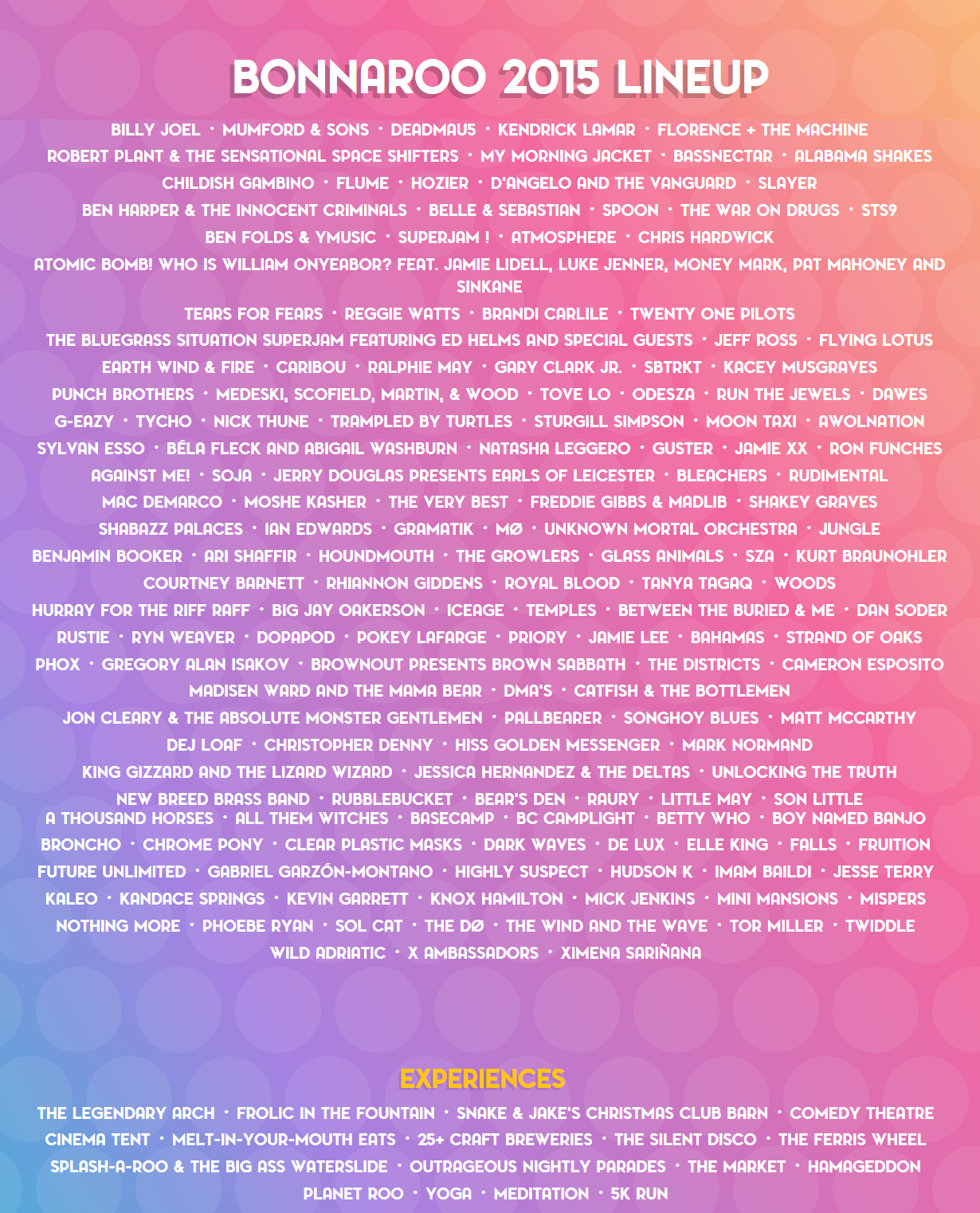 this lineup is crazy.. wish I could go
:/

Posted by ShariRenee at 1:30 PM No comments:

"If you see fraud and do not say fraud, you are a fraud."
nassim taleb

simple: If it harms the collective, you speak up until it no longer does.

"dogs bark at what they cannot understand."
heraclitus

People are going to criticize you. They are going to resist or resent what you try to do. You’re going to face obstacles and a lot of those obstacles will be other human beings. Heraclitus is explaining why. People don’t like change. They don’t like to be confused. It’s also a fact that doing new things means forcing change and confusion on other people. So, if you’re looking for an explanation for all the barking you’re hearing, there it is. Let it go, keep working, do your job.

After beginning with Seneca, let’s end with him. Inertia is a powerful force. The status quo–even if self-created–is comforting. So people find themselves on certain paths in life and cannot conceive of changing them, even if such a change would result in more personal happiness. We think that fickleness is a negative trait, but if it pushes you to be better and find and explore new, better things, it certainly isn’t. It’s a constant reminder: Why am I still doing this? Is it for the right reasons? Or is it just because it’s been that way for a while?

excerpts from 9 Short Quotes That Changed My Life And Why
by Ryan Holiday. Thought Catalog.
﻿
Posted by ShariRenee at 10:04 AM No comments: 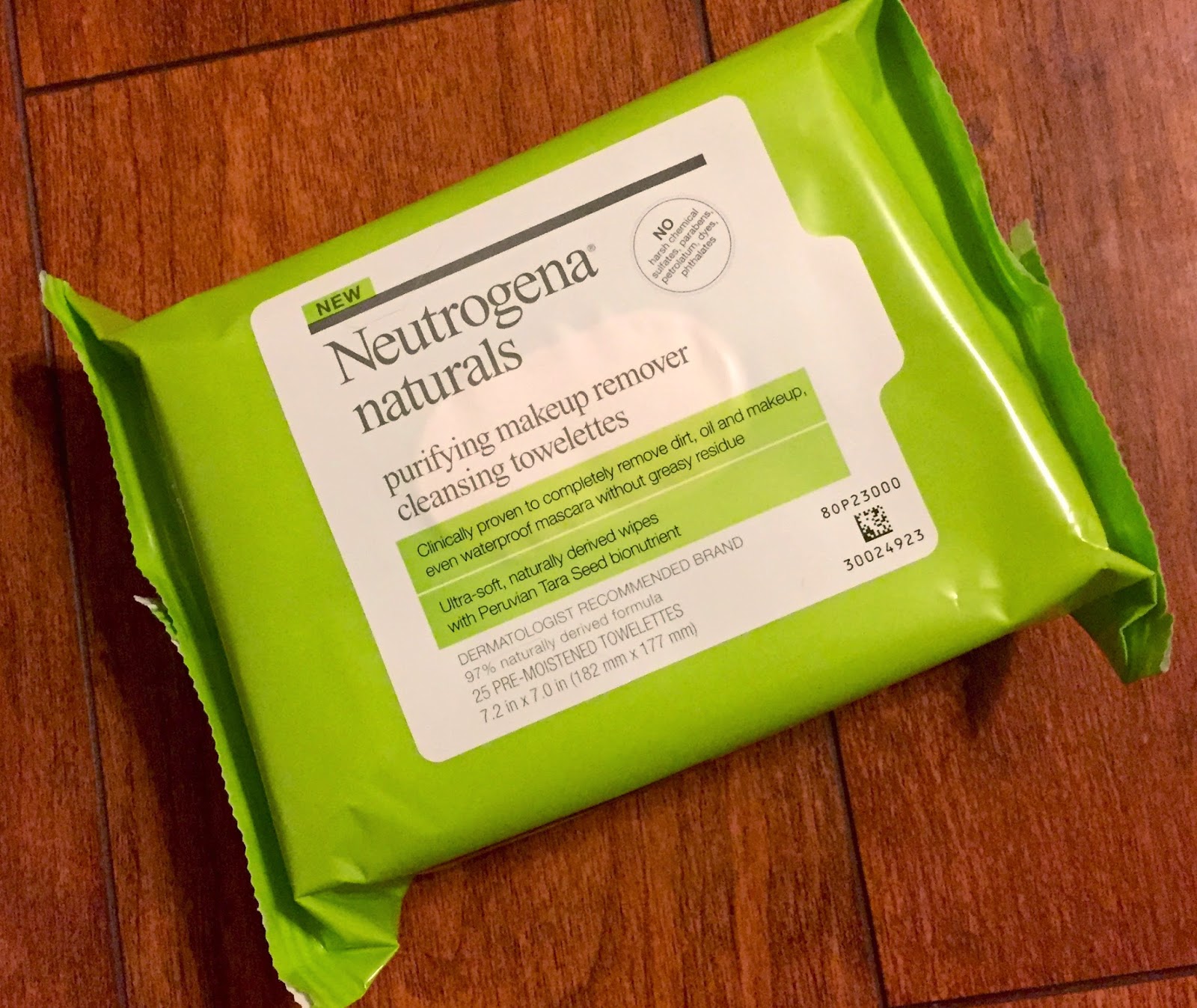 I received these Neutrogena Naturals Purifying Makeup remover cleansing towelettes from Influenster a few days ago, and I'm already in love. These things are definitely a life saver! Take it from a girl who loves to get glamed up for a night on the town, but hates going through the motions of removing said "glam" after. Why go through the hassle of tracking down cotton balls, make up remover and face wash when you can simply have a wipe that does it all - while helping to save the planet at the same time?

I gladly accepted the #WipeForWater challenge, (which you can learn more about here) and used these wipes for the duration of the weekend and didn't reach for my face wash once. It feels good to know that I'm able to help conserve water and continue to look good while doing it. I love the way that my skin feels after using them; soft, smooth and I'm not left feeling greasy. Most of all my face feels just as clean (nice refreshing scent too!), if not more, than if I was using water.. with half the effort.

Join the conversation with #WipeforWater, and let me know what you think!

*products for testing provided by Influenster
Posted by ShariRenee at 10:55 PM No comments:

Posted by ShariRenee at 5:44 PM No comments:

g'night
Posted by ShariRenee at 10:00 PM No comments:

I love you.
Posted by ShariRenee at 8:47 AM No comments:

slow it down
Posted by ShariRenee at 10:11 AM No comments:

"I always show respect when respect has been given, and people that have been by your side, you're supposed to honor that."

- Kendrick is a real one.

my birthday month has begun and I don't want to hear the word no.
I'm a ram/bull (aries/ taurus cusp)... feisty as all hell
everything sounds better chopped and screwed
sometimes you just need a little more time..
paramnesia
April is National Poetry Month.. perfect excuse to get back to it
colorism is so real. 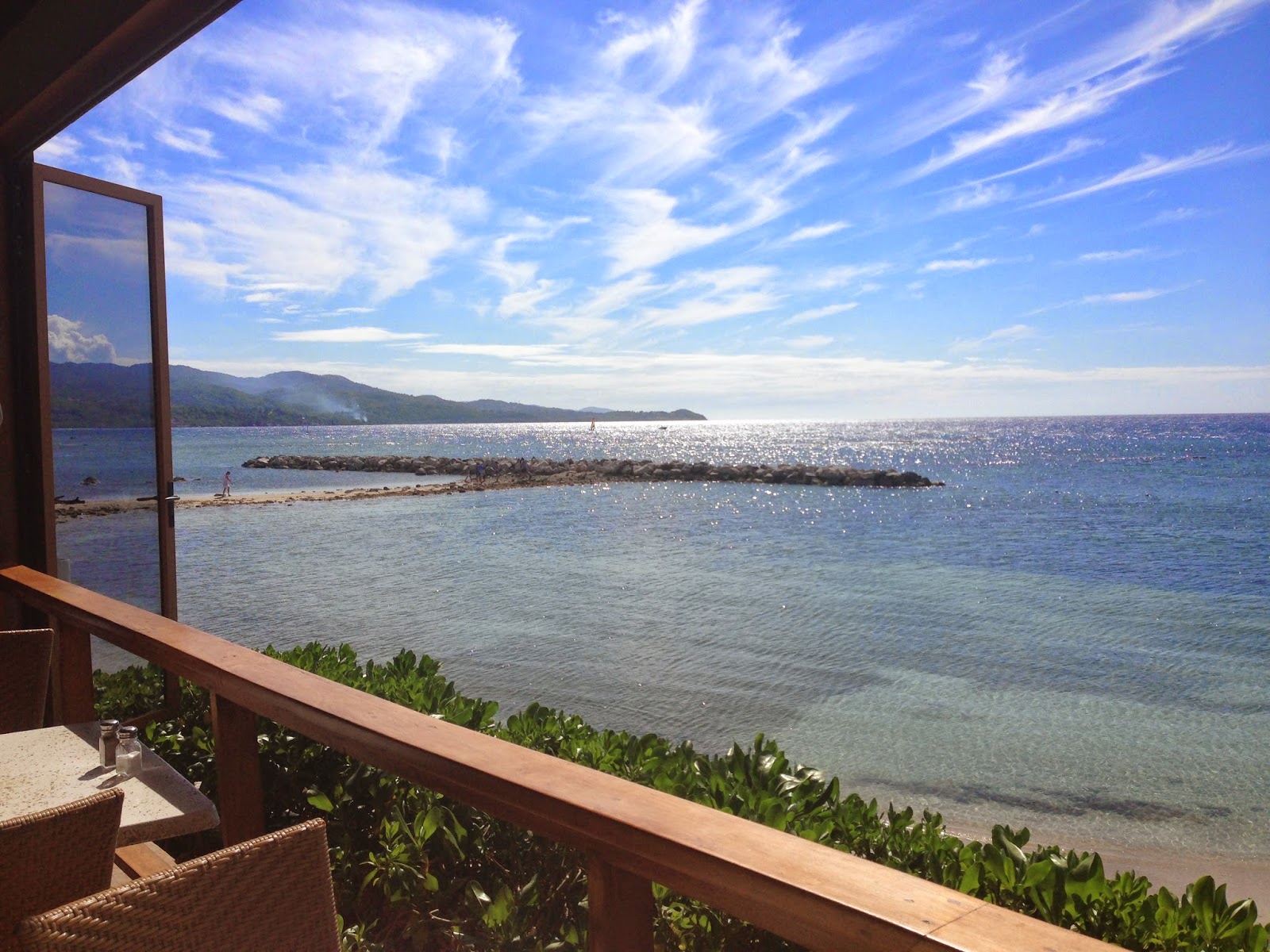 awareness practice: have we grown together? have we grown separately? Is this person allowing me to grow? Or trying to limit that growth?

"I'm not trying to be anyones role model. I just really want to inspire mfers to do what they want, like i do. I want mfers to make sh*t. I want people to make sh*t, so that it will inspire me… I just love when the envelope is being pushed and the bar is being raised."

"So when you guys don't see me again, just know that I got a trick up my sleeve and I'm about to inspire all ya'll mfers."
- A$AP

I see a new piercing in my very near future

I'm really big into the most random shows; frasier, king of the hill, rupauls drag race, the golden girls and who the bleep did I marry.
mood: bbhmm 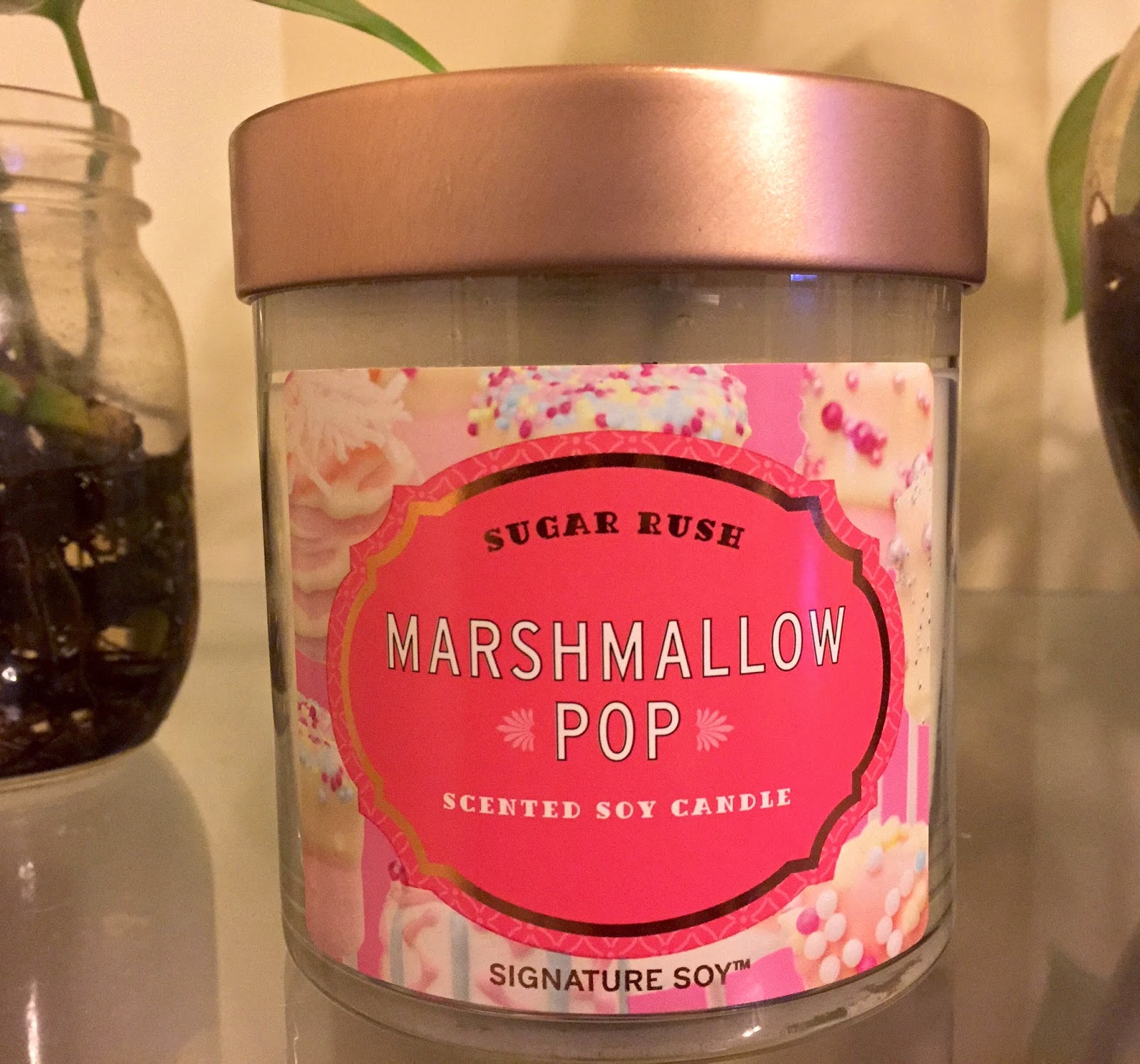 my new fav candle ^
can't talk your way out of problems you behave yourself into
gave up fuck boys for lent. hope it sticks

Posted by ShariRenee at 1:47 PM No comments: